Archive for the tag “Mixologist”

Chapter 1.4 – A family beyond help

‘I’m not certain, but I think we have a burglar,’ Alice whispered down the phone to the police.

Life in the Bailey household was as normal as ever.

Young Fudge had grown up fairly quickly, and into a genius somehow despite his parents’ obvious lack of common sense.  He did inherit his dad’s succulent pouty lips though.  No doubt these would get him into trouble one day.  Hopefully not with the law.

They were quite the happy family.  Even Ricky had come to terms that he could not escape from Alice, so thought he would just make the best out of the situation by entertaining his family with his pro mixology skills.  At least it stopped him from crying himself to sleep at night. 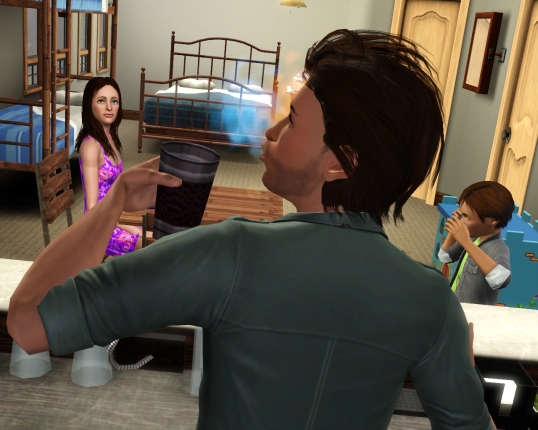 Alice and Ricky were soon celebrating their tenth wedding anniversary, much to the surprise of the regulars and the staff at Eugi’s Bar.

But, enough of those two for now.  Young Fudge was obviously next in line to carry on the legacy of the Baileys’.  Being somewhat intelligent, he studied hard at school and even took up scouting as an after class activity, despite his parents wanted him to take up ballet. 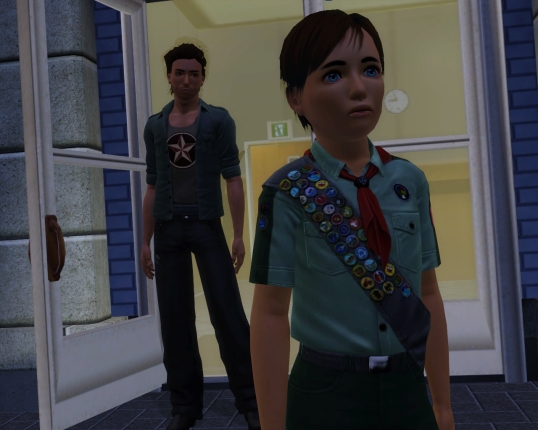 When he reached his teenage years, the good looks fairy was kind to him.  The hair fairy was not. 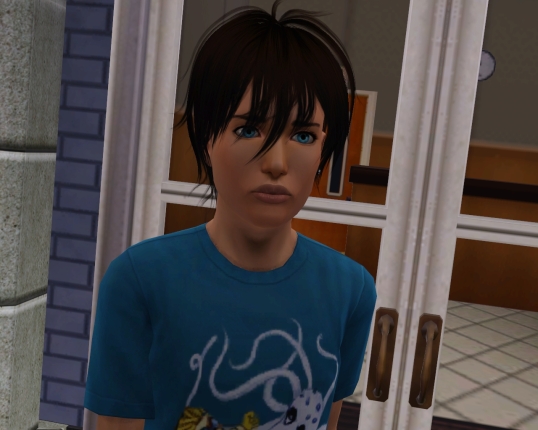 Alice too had aged.  Not very gracefully unfortunately.

Fudge enjoyed keeping fit, although he realised soon enough that he would not grow up to be a “Usain Bolt”.

A few weeks later, when his parents went out of town to celebrate their fifteenth wedding anniversary, Fudge decided to do what most teens would do and invited his friends over for a party.

Of course, he was worried that they would trash the place, but he was certain that they could do no worse to the apartment than Ricky did when he attempted to fry an egg last weekend. 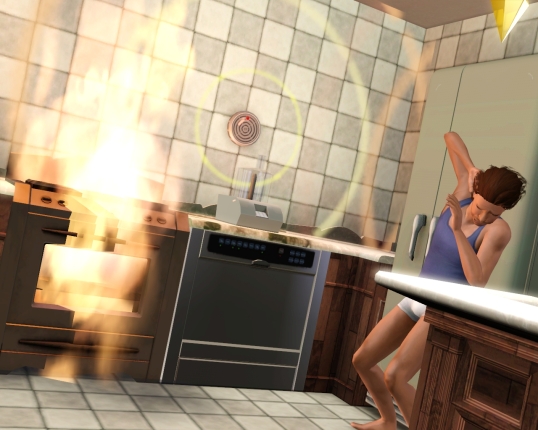 Alice decided to throw a bachelorette party, despite having only two female friends.

They reluctantly showed up, only because she told them that there would be a stripper. 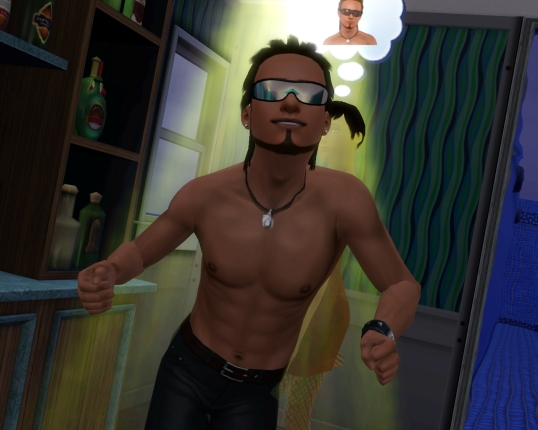 Because Alice wasted all her cash on hiring out the venue for her party, when it came to marrying Ricky, they had to make do with a private ceremony in the park.  Apart from a tramp trying to steal Alice’s shoes, it was a lovely wedding.  Alice was happy to steal Ricky’s surname too since she had never really liked hers.  She vowed that the name would be passed along in future generations to come, even if she happened to have a baby girl. 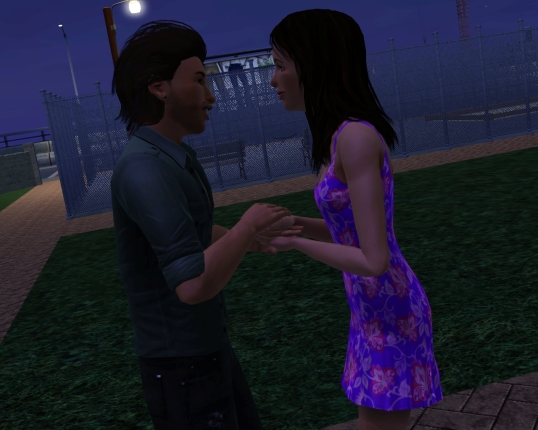 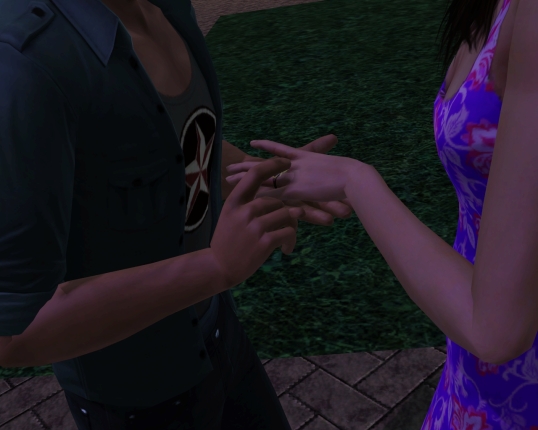 Within a few weeks, Alice made a shocking discovery.  Ricky had bought them a new toilet!

Oh, and she was pregnant.

‘How do you feel about having a baby?’ Alice piped up over breakfast the following day.

The blank expression on Ricky’s face suggested that he did not share her enthusiasm. 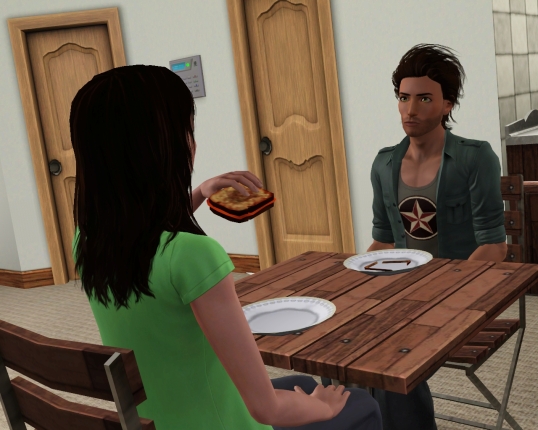 During her pregnancy, Alice continued to practice her mixology skills. 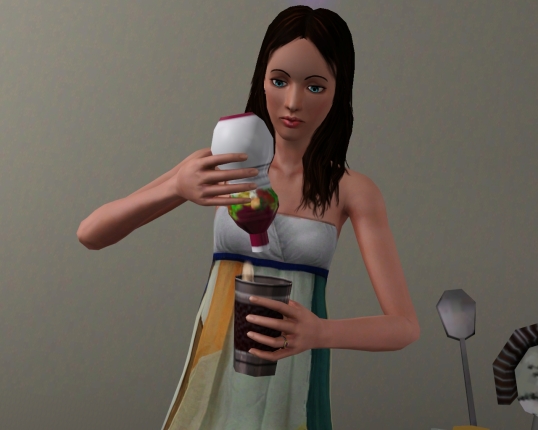 Although she learnt the hard way that it was not a good idea to use lighter fluid to ignite a cocktail. 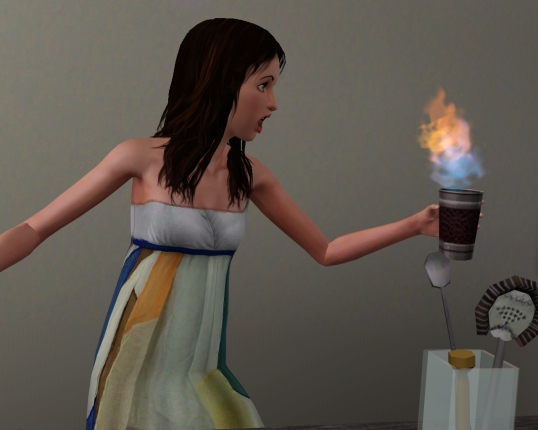 Alice went into labor a couple of days after he due date, right in the middle of town.  No one came to her aid, despite she was clearly in agony and had somehow spawned hands which rivaled those of E.T. 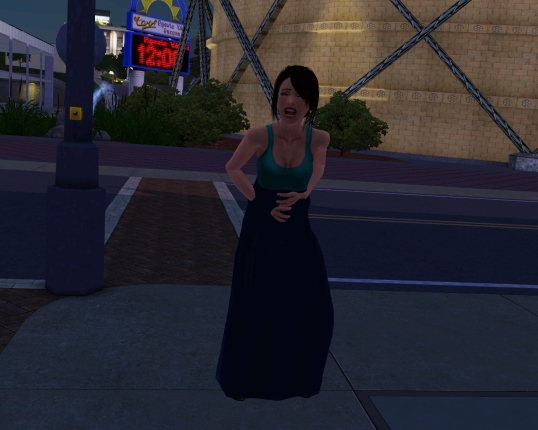 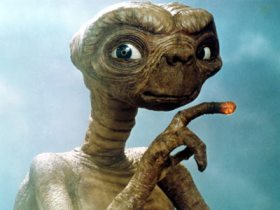 Alice gave birth to a baby.  He was a boy, whom she named Fudge Caramel Bailey.  Fudge loved the outdoors and was also a heavy sleeper, on the rare occasions when he did sleep. 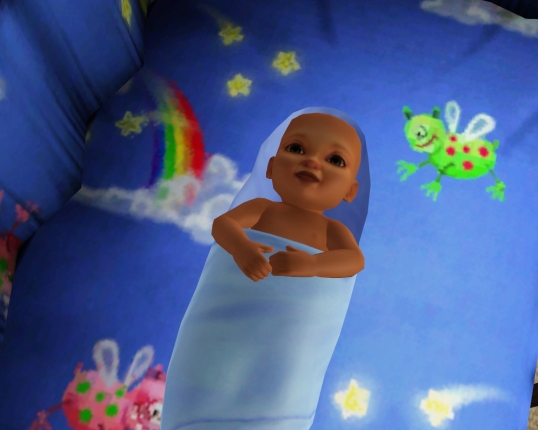 Despite showing little interest during Alice’s pregnancy, Ricky took an instant liking to his newborn son.

Alice later found out that this was because Ricky thought Fudge was actually made of fudge, and thought he could eat one of his fingers whilst she was not looking.  Luckily, she stopped him before this could happen.

With Ricky working longer and extra shifts to pay for the bills and necessary baby supplies, Alice relished the time she had to spend at home, teaching her son the basic, but important skills of life.

Oh how she adored motherhood.

Chapter 1.2 – That girl needs a gaydar

It took Alice a few months to realise that she was, in fact, working at a gay bar.

It still never quite clicked that Devin Ashton was a regular there for a reason, and her pursuit in winning him over continued since Ricky Bailey was always too busy to hang out with her outside their working hours.  She often went swimming with Devin instead, although she always mistook his looks of unease with looks of lust. 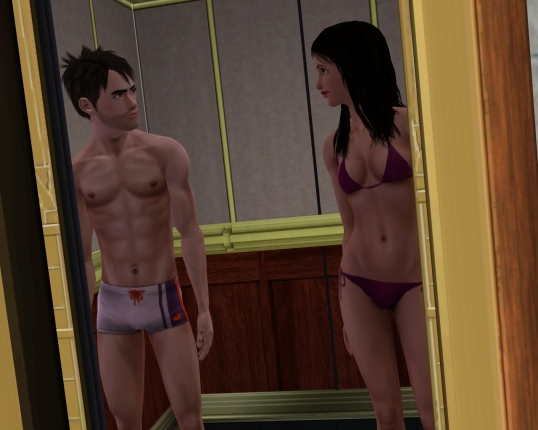 Throughout her existence, the poor girl never understood why he always wore clothes and never slept under the covers with her when she invited him over for “sleepovers”. 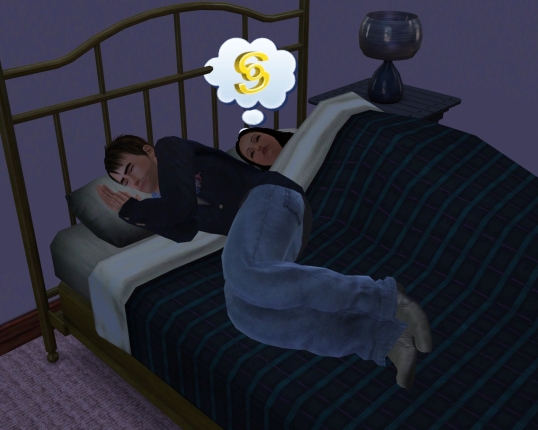 Despite Alice was now earning a living for herself, she wasn’t quite scraping enough together to pay the bills every month.  Her wage did mostly depend on tips, and Alice was now renowned for being the worst mixologist in Bridgeport.  Ever.

Fed up with not having any luck with Davin, nor having a toilet or a bed, Alice decided to turn her attention back to Ricky since he had been flirting with her slightly.  Well, if lecturing her for not washing up the cocktail glasses counted as flirting.

So, that evening, she marched over to Eugi’s Bar, and of course, almost got crushed to the death by the elevator doors.

To her surprise, Ricky was just hanging around the venue in his normal attire, not a black bartender garment in sight.  Quickly, she rushed over to him, a saddened expression on her face.

‘Are you gay?’ Alice asked, somehow able to scope that Ricky was not quite an alpha male. ‘Is that why you’ve been ignoring my advances?’

‘No, no, sweetie, you’ve got me all wrong.’  He replied, raising his perfectly manicured eyebrows upwards, grinning as he fluttered his long, girly eyelashes.  ‘I’m bisexual!’

This was all the reassurance Alice needed.  Hearing her biological clock ticking away, she quickly leaned in for the kill and claimed Ricky as hers. 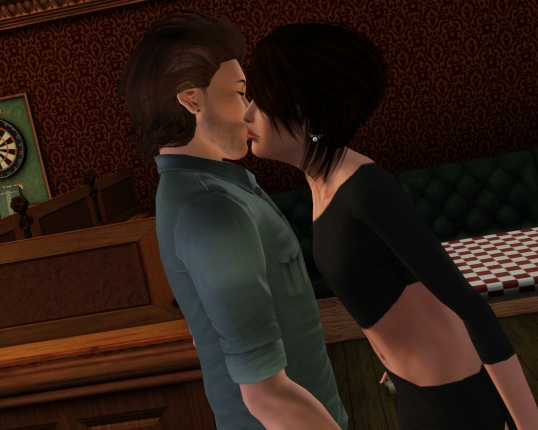 Before long Alice proposed to Ricky.  He accepted because he liked sparkly things.  A lot. 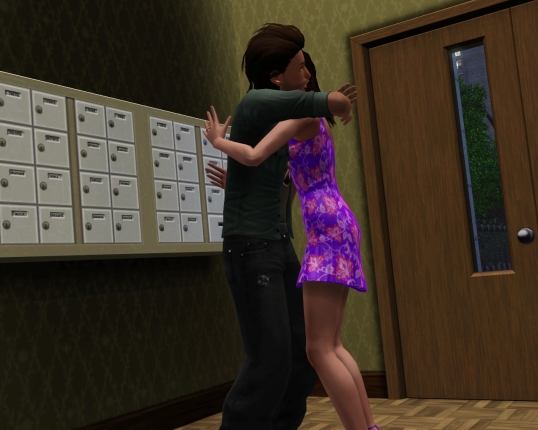 As they stepped into the elevator to head to Alice’s floor, she placed a hand on his shoulder and said something about having a fiddle with his cocktail shaker.  It was then that Ricky realised that he had made a terrible, terrible mistake. 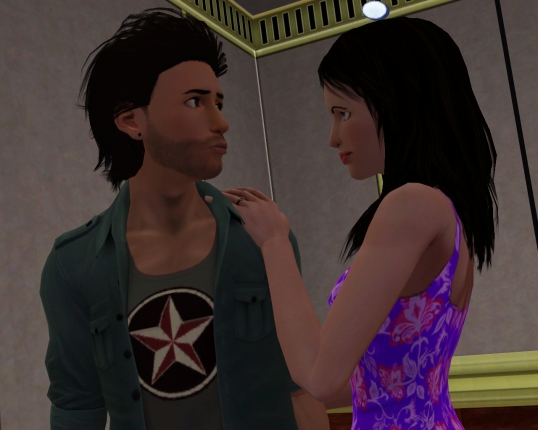 Alice Mc’Frett had decided that the country life was too dull, so that is why she packed her bags and headed to a nicely polluted city called  Bridgeport.  Her parents shortly disowned her. 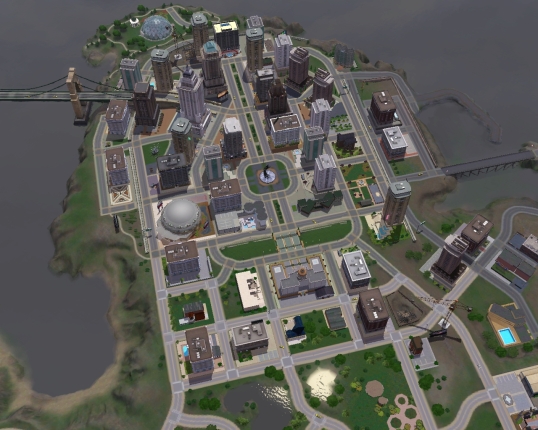 Using the little money she had, she rented a small penthouse apartment.  There was barely enough room to swing a cat around by its hind legs.  She knew because she tried doing so.

Alice soon met her neighbor, Devin Ashton.  He had a nice face, and a lovely scarf.  She put him on her list of potential husbands.

Since Alice’s parents ran their own winery, Alice had been a bit of an alcoholic since the age of two.  She had recently gained an interest in making exotic cocktails.

Deciding that she fancied making a living out of making fancy drinks, she headed to Eugi’s Bar, the only bar which would allow her to enter wearing her ridiculously skimpy dress.  Being highly ambitious, she hoped she could use her sexy body to win her a job. 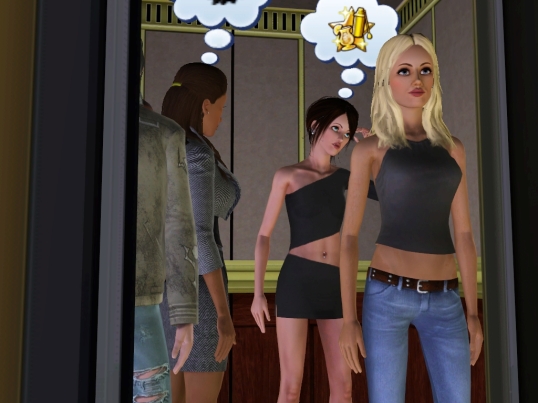 As she approached the bar, she was in for a pleasant surprise. 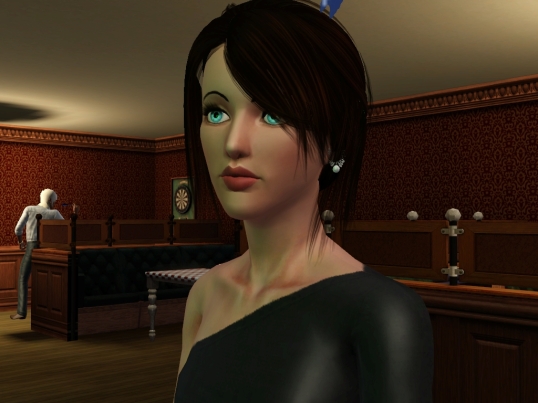 Behind the counter was the sexiest, and only, bartender she had ever seen in her life.

Sadly, Alice was too shy to talk to him so avoided eye contact with him all night, even when he asked her what she wanted to order.

Having no job obviously meant that Alice could not pay her bills.  It was not long before the Repo Lady turned up and did what she did best.

‘No!’  Alice screamed, ‘Anything but the toilet!’

Realising that she could not afford another toilet straight away, Alice had to make use of the bathroom sink before she headed out back to Eugi’s Bar.  Fortunately, Mr Sexy was on duty, so thrusting her breasts in his direction, she sauntered up to him. 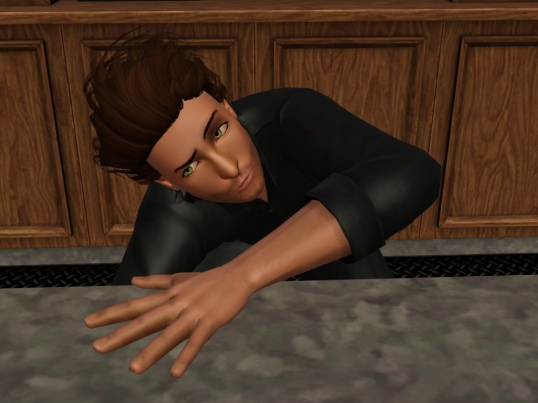 ‘A little bird told me that you’re looking for a super sexy female bartender,’ Alice said, tapping her index finger against her head whilst grinning like an idiot.  The good-looking bartender smiled politely whilst wondering if she was the escaped mental patient he had heard about on the lunchtime news.

Taking pity on the poor young lady, the deity of bartenders – or Ricky Bailey as everyone else called him – decided to give her the opportunity to shadow him behind the bar.  Eventually, he allowed her go solo, whilst he went off to play darts.

Sadly, her drinks were not very popular.

As she walked home one morning, after another grueling night shift, Alice wondered if she would ever make an awesome mixologist, and also if she would find a man who wanted her babies before she was too old?

Only chapter 1.2 would tell…