Archive for the tag “Michael Jackson”

Chapter 5.4 – And then his face caught on fire

Amaretto’s plan was to simply invite Mika Moore over, with the promise of fun sunny weather and plenty of entertainment.  She hoped that her presence would influence Jameson to out less time and dedication into his career, in favour of making lots of woohoo with his lovely lady. 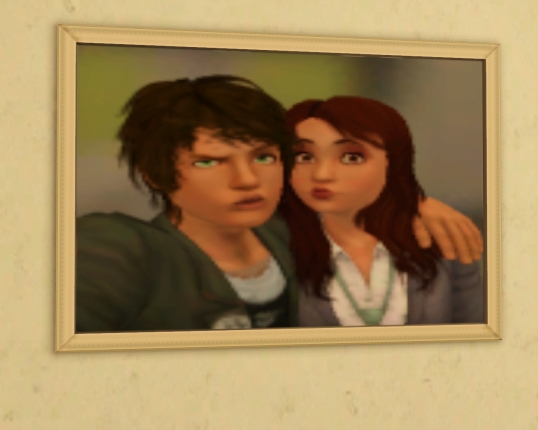 She prayed that the future would pan out the way it had when she had visited it.  Jameson’s overexertion was becoming more of an issue, particularly during his most recent show when he somehow managed to catch his face on fire. 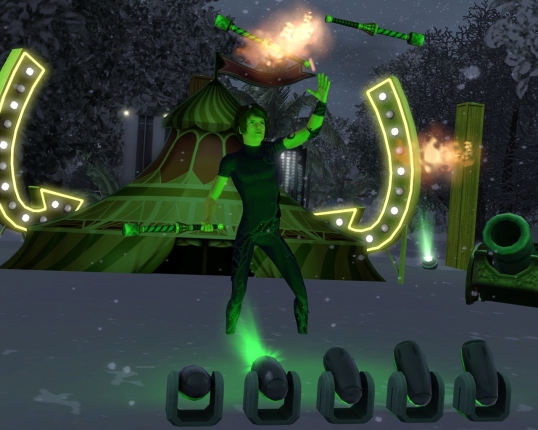 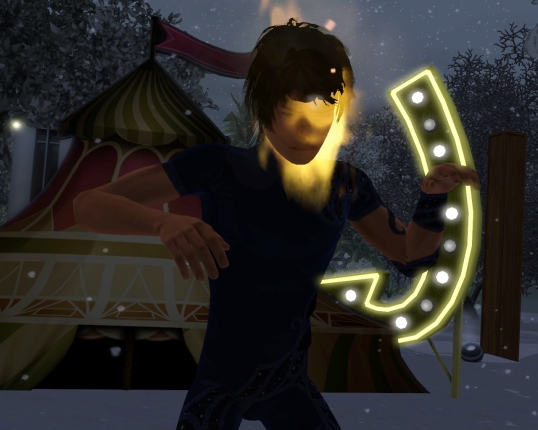 Luckily most of the crowd were Michael Jackson fans, so assumed that it was some kind of tribute to the King of Pop. 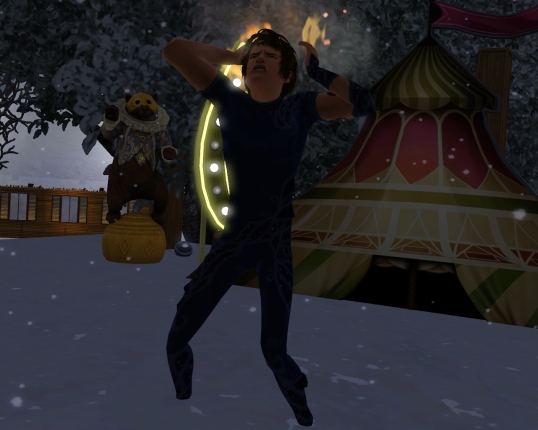 Judd was the first to greet Mika when she arrived, since he was already outside to collect the mail, and to build a snowman.  Seeing her shivering (she had not quite braced herself for the arctic weather due to Amaretto’s lie about the island being sunny all year round), he decided it was best to invite her in. 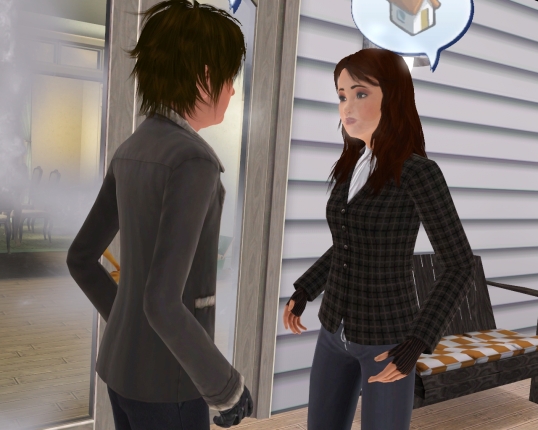 Hearing a bit of fuss going on by the front door, Jameson ventured out the kitchen, only to be literally pounced on and devoured by Mika, who quite honestly had not seen him in many months. 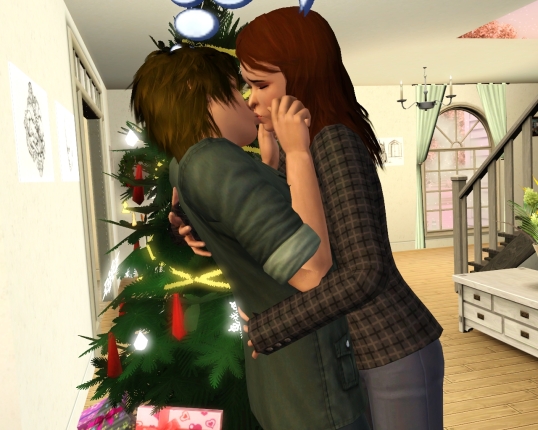 His expression was one of shock, particularly after the kiss had ended. 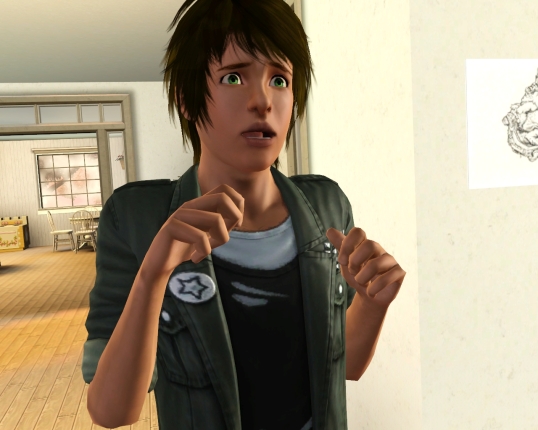 Mika giggled, before she explained to Jameson that she had decided to pay him a surprise visit on the whim. 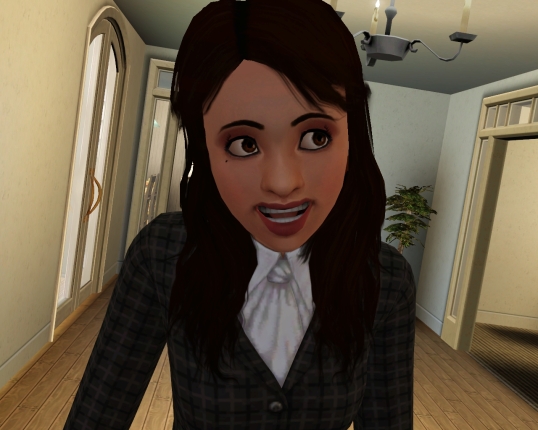 ‘I may need some warming up,’ Mika heavily hinted, ‘I wasn’t expecting it to be this cold here!’ 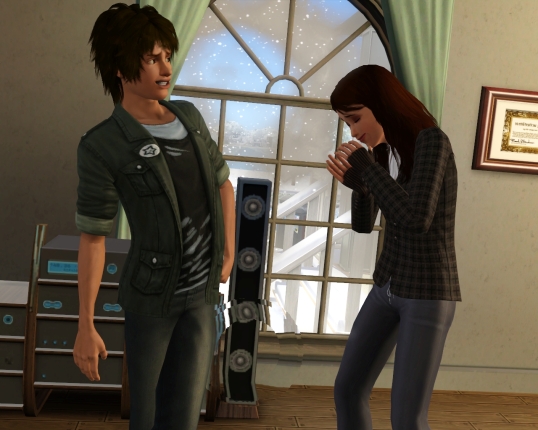 It only took Jameson a record-breaking two minutes to clock on to what Mika was actually implying.   After that, all he had to do was give her one smoldering look before she was more than ready to follow him upstairs to bed. 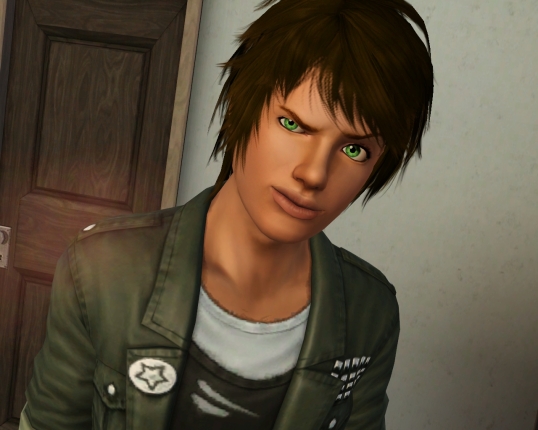 Later that evening, Amaretto decided it was time to pop the question to Cade, who had been living with the Baileys pretty much since Malibu and Aaron had moved out. 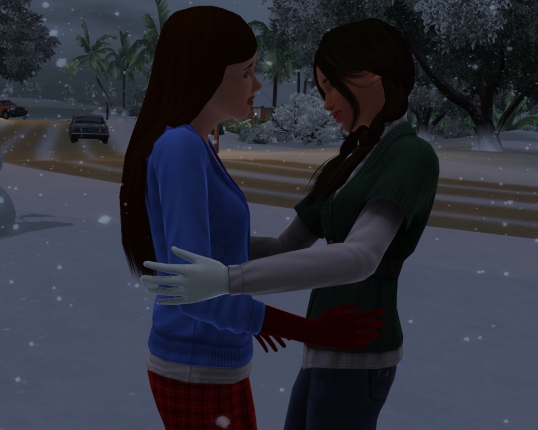 Cade was a little bit peeved because she had hoped to be the one to do the whole proposal malarkey, but she soon did not mind when she saw just how shiny and expensive the engagement ring that Amaretto had got her was. 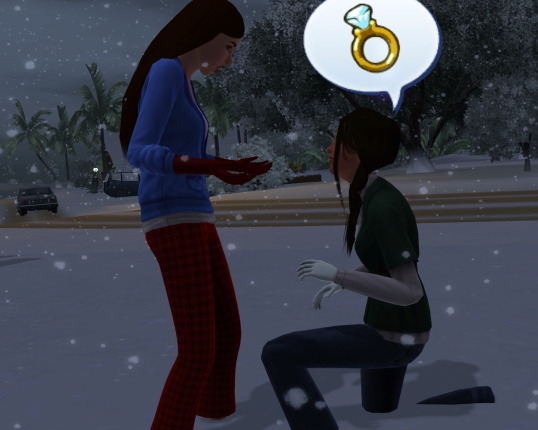 Clearly Cade was not shallow in the slightest.

They had a very grand winter lesbian wedding, complete with snow and pretty clothes (as the following pictures dictate). 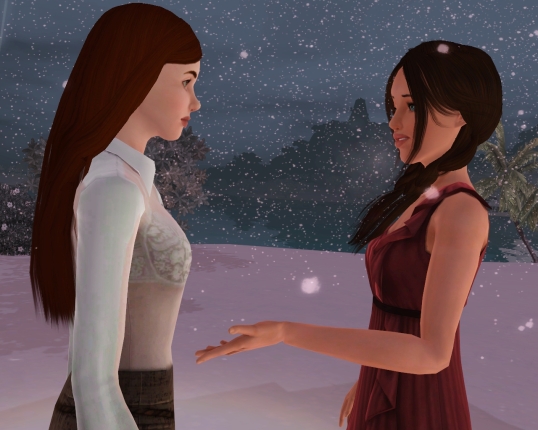 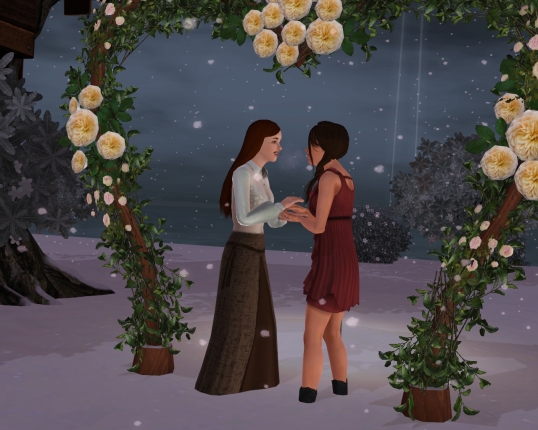 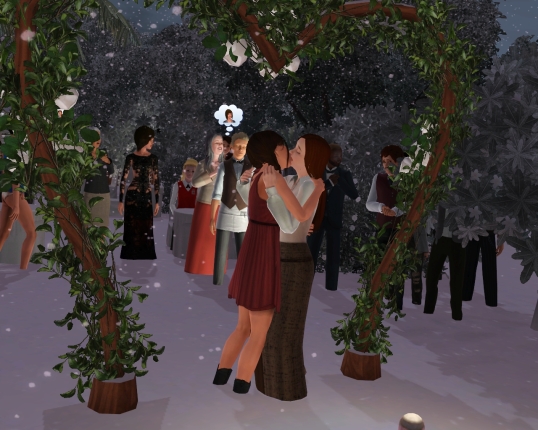 And then, a couple of months later, they moved out and started to research into ways of having children who would inherit both their genetics, using crazy scientific methods (note: they went on to have five children between them). 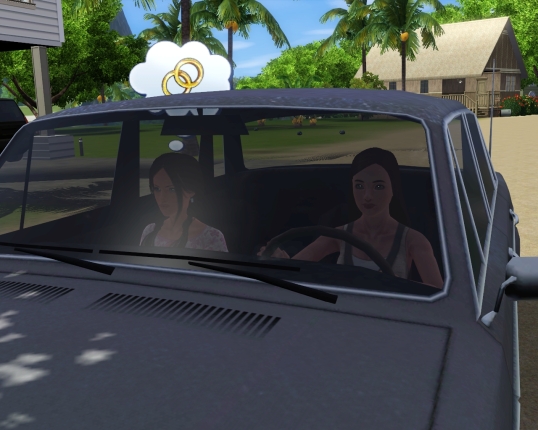 This chapter shall end on a picture of Murphy and Margaret’s firstborn child, Francisco.  Naturally, he’s quite cute, although his choice of attire is questionable… 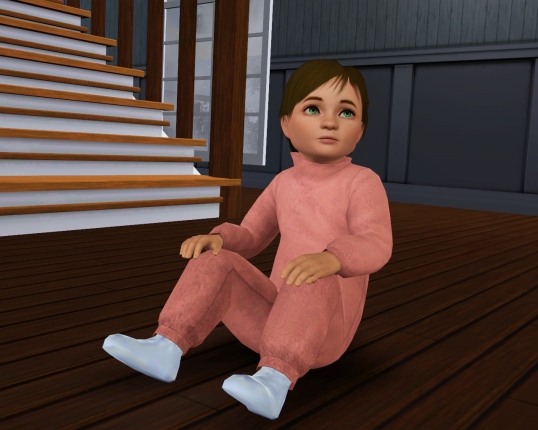