The story behind his birth was one rather amusing tale.  Tia had been repairing the bathtub, which Tremayne had broken in a fit of rage after one of his favourite X-Factor contestants had been voted off during the semi-final. 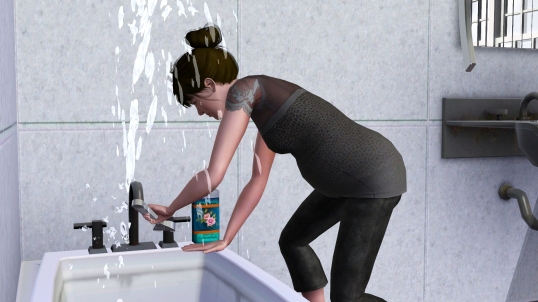 Ten minutes into tightening up the taps, Tia felt a sharp twinge in her stomach, which caused her to spring to her feet.

At first she thought she had picked up food poisoning from the leftover pancakes she had licked off a plate that morning, but after a few more minutes, it became apparent this was a very different sort of pain and she started to cry for help. 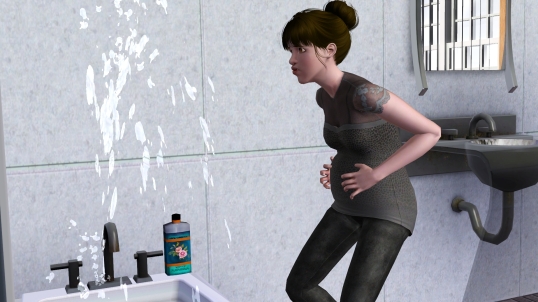 Fortunately, Basil heard the commotion from downstairs and rushed up to see what the problem was.

‘Look at all this mess!  I knew we should have got an actual mechanic to come in and…’

‘Say another word and you die.’

Chilli was born a delightful twenty-six hours later.  They actually did not intend to name him that. Tia had planned to call him Ash, but unfortunately Basil thought the nurse was asking him what the weather was like outside when she was filling out the birth certificate. 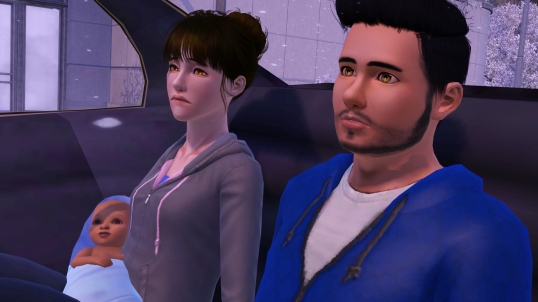 Still, Chilli was a delightful baby, and Basil was a very smitten father. 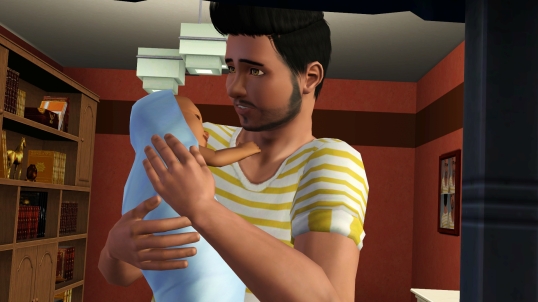 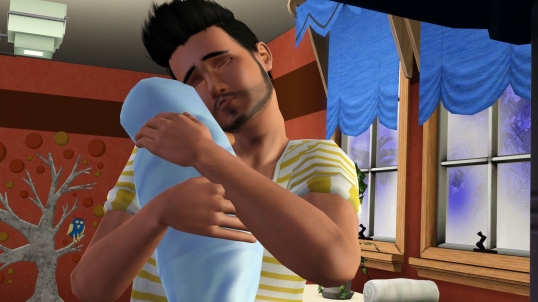 Unfortunately, Maple, who had started to develop arthritis and goodness knows what else, was not very good when it came to holding Chilli.

No matter what she did, she could not quite grasp the concept of holding him correctly. 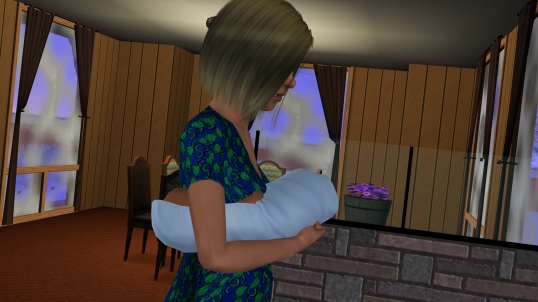 ‘Oh bother!’ She would sigh whenever she dropped him.  With her still about, it was a miracle he lived beyond the age of two.

Since it was Christmas time and all, the Baileys decided to throw a party.  Almond and Pistachio even turned up with food, which meant no would have to bother cooking for the next several days.

It also turned out that Rolo and Niki were expecting their own bundle of joy.  For some reason they had not bothered telling the rest of the family, despite they only lived next door, which also showed how often they saw them.

Speaking of rarely seeing people (or robots), Tremayne’s love interest for the past few hundred decades, Dawn, also made an appearance to this party. 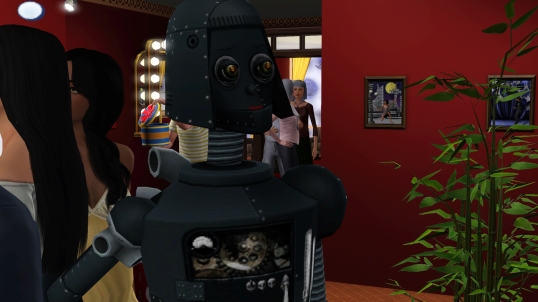 He was desperate to talk to her.

Sadly, even with Orion’s support, he lacked the confidence to approach her, especially when he heard she was dating yet another elderly rich man, thus he remained sad and lonely for the foreseeable future. 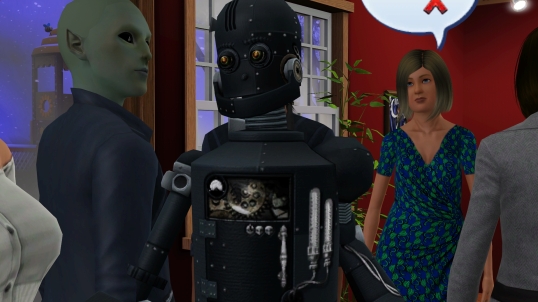 In time, Chilli grew up to be a cute toddler, a luxury that still currently went unknown in the Sims 4.

Tia was a fantastic mother, and even had the genius idea of potty training Chilli outdoors, where the smell would not cause anyone to throw up slightly in their mouths. 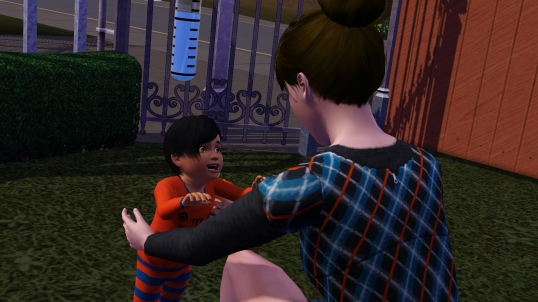 Basil also doted on his baby boy, who was practically his clone.

‘Goodnight Son.  Daddy’s got to go out to work and con people.’

He still also found the time to dote on Bongo, who had grown up from this…

…into an awesome big dog.

‘If you break into our house, I will eat you.’ Bongo warned.