I never particularly wanted to go off to University. 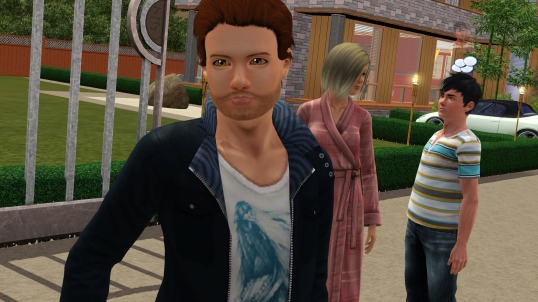 My life ambitions were already pretty clear; become an awesome composer and make a fortune doing something I loved.

When Orion, my alien half-brother, and my girlfriend, Niki, announced their plans to go off to Sim State University and study, I felt like I had no choice but to join them.

Naturally, I was worried about Orion settling in. I thought he would get bullied, what with being half-alien and all.

Turned out everyone loved him and his quirky sense of humour.  He soon became more popular than I ever would. 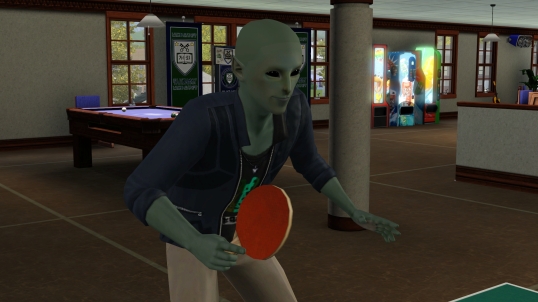 Good for him, I thought.

The weeks rolled by.  Niki became buried in her business degree.  She had plans to start her own online empire, just to prove she wasn’t just a pretty face.

As for me, I spent most my time playing computer games.  Hell, I was doing a Fine Arts degree!  I didn’t think it required much effort. 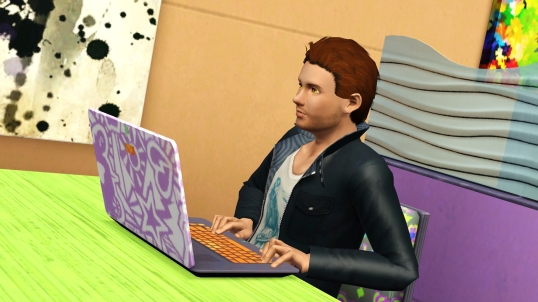 One evening, after a pretty hefty gaming session, I caught two of my room mates, Bobby Butler and Clark Gant, having a sneaky smooch in the kitchen. 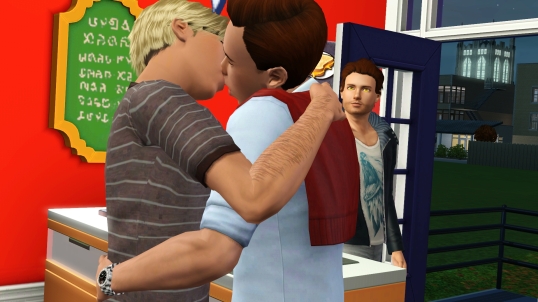 ‘About time you two got together,’ I said.  In truth, it was clear from day one that they had the hots for each other, which I personally found endearing. 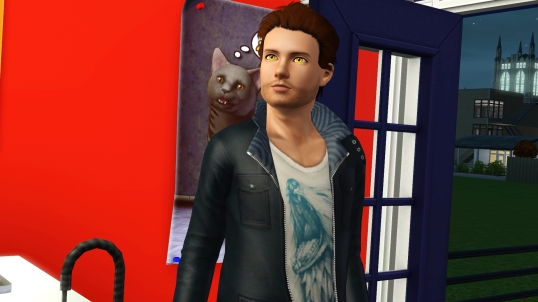 Unfortunately, not everyone shared the same views.  It was a shame that one of these people turned out to be my friend at the time, Elvis.

‘I can’t believe those two queers,’ Elvis sneered as he dug into his dinner. ‘I’m still feeling queasy just thinking about them playing tonsil tennis.’

At first I was shocked; a natural reaction to someone who you thought wasn’t a twat when it came to these things.  That’s why, to begin with, I thought, or rather hoped he was pulling a really tasteless joke.

‘Relax, it’s not as if they were kissing you.’

‘They might have well been; they were practically stood right next to me!’ His reply was reassurance that he was not joking around.  This was the real deal.

‘I find it amusing that you’re so accepting of my brother, yet you can’t stand the sight of two men kissing,’ I explained, doing my best to keep a straight face. 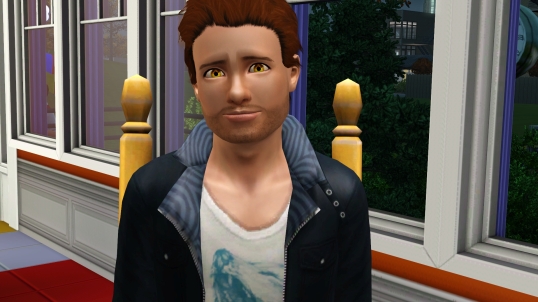 ‘Being gay is a completely different matter,’ Elvis retorted, his voice sharp.  ‘It’s not as if your brother chose to be an alien.’

By that point, I was done.  To refrain from throwing my plate into his face, I stood up.

‘Come on, Rolo, you know it’s true,’ Elvis said, shoveling another mouthful of carbonara into his vile little mouth. ‘ You chose to be with Niki, didn’t you?’

I didn’t answer him as, by that point, I had already walked away.  There was no point trying to convince him otherwise; he was too stuck in his ways.

I apologised to Clark on Elvis’s behalf.  He had still been in the kitchen at the time of Elvis’s outburst.

‘You have nothing to be sorry about!’ Was Clark’s response, horrified that I had felt the need to track him down in the science labs just to say what I felt was needed.

‘No, I owe it to you. I associated myself with him.’

‘And you ditched him as soon as you realised he was a dick,’ Clark said, before I could continue my speech.  ‘That’s good enough in my books.’

I was glad that Clark didn’t seem all that fazed by what had happened in the kitchen. Still, it really pissed me off how narrow minded Elvis was.  The fact that he was the same age as me made it worse; I thought our generation had evolved past all that immature bullshit.  It also annoyed me that I had to compile a sketchbook for one of my degree units.  How was that meant to help me become a successful composer?

I soon learnt the hard way that it wasn’t. Despite my confidence, I didn’t do as well as I anticipated when it came to exam time.

As for Niki, well, naturally she smashed her exams.

‘You need to buckle up and study harder next term,’ she lectured.  She never did want to be with a waster.  I doubt I would have even gone to Uni without her encouragement. 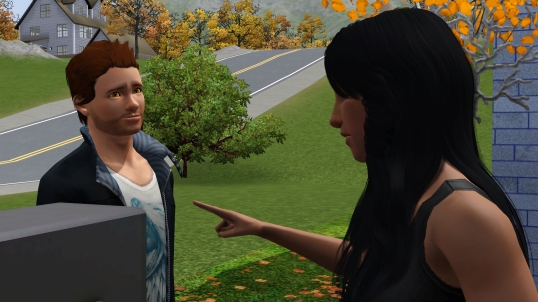 Determined to do her and the Bailey name proud, I decided I couldn’t rely on the nature of my degree.  I had to go out there and earn it.