‘It feels like we’ve been waiting here for around a month,’ Tremayne said, his cold robotic eyes staring blankly ahead. ‘Still, I can’t believe we’ve reached the 8th generation.  I thought things would have started to get tedious by this point, or that I would have tried to drown myself in the ocean again.’

‘Err, don’t forget that Maple’s fronting this generation,’ Alice replied, her ghost face heavily weighing the regret of ever having a child with Ricky Bailey, no matter how damn sexy he had become.

‘Alright, time to give my garage rapping skills a go!  So Solid Crew, don’t fail me now!’

Things weren’t all bad.  Honest.  Somehow, Twix and Whitney had a high relationship level and spent most their elder days flirting with one another; a disturbing sight, some might say, but otherwise cute.

‘Darling, your hand feels like sandpaper against my face.’ 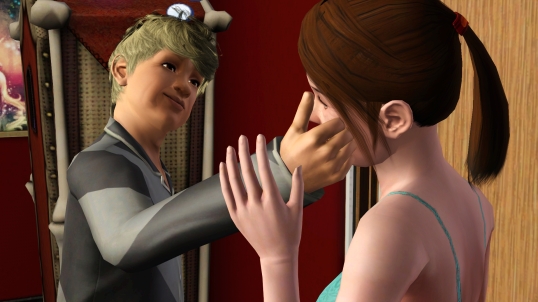 Pistachio, the youngest of their children, had joined the military career soon after graduating from University.  Unfortunately, he had to start from level one as he found out the hard way that a degree in Physical Education is only beneficial for the Athletic career path.  This would be the last time he took advice from the ghost of Jameson Bailey. 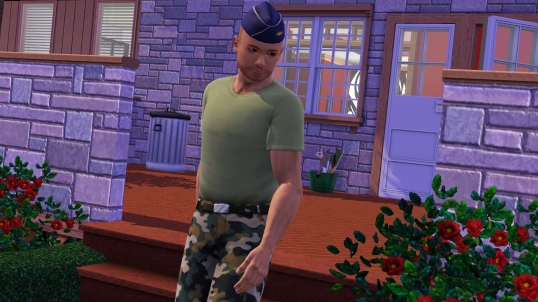 Almond, the eldest, was already level five or so in her business career.  At this point, her long term boyfriend, Gary, had been living at the Bailey household for a few years.  She suggested that it was time they moved out and started a life on their own. 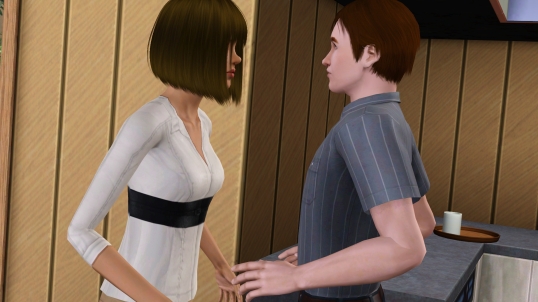 ‘But we get free everything here!’ Gary whined. 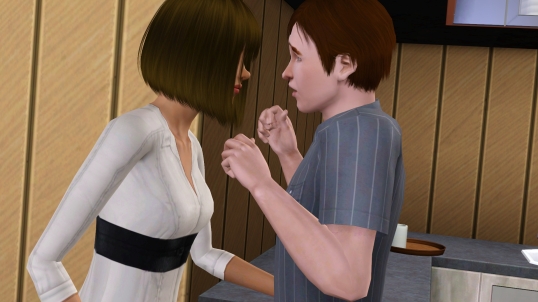 Almond kissed him to shut him up.

And also secretly bought a new house for them to live in.

‘Alight!  Now Nicole can move in and sponge of the family funds!’ 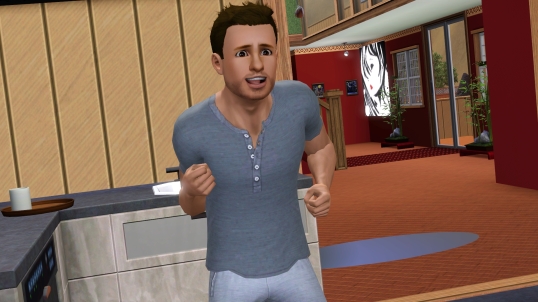 And so she did, and Maple did not approve at all.  She often complained about this to Nicole when Pistachio was not around.

‘Those hot-dogs aren’t cheap either!’

‘I can’t wait to boot you out, along with my annoying little bro… Oh hey, Pistachio!’

‘Gee, is that the time?’   Maple said, looking at her watch-less wrist.  ‘I’d best be off to watch that So Solid Crew documentary!’ 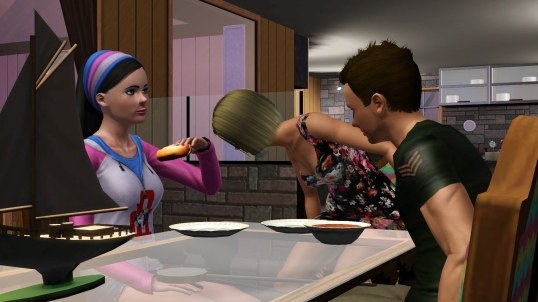 Meanwhile, Gnome Bunny wondered if anything interesting was actually going to happen this chapter.

Yes, was the answer.  Cory had recently moved into the neighbourhood, something to do with his career.  He decided to visit Maple one day, just to mess with her emotions. 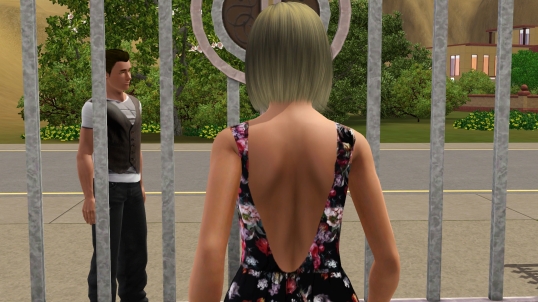 ‘So, are you here so we can have children and get married?’

‘Sure….’ Cory winced as he felt Maple breathe heavily against his neck.

‘Well, this generation is going to interesting,’ Chewie, the last remaining dog in the Bailey household, said.

And perhaps he was right.