Chapter 7.7 Not so good at science

By the time Pistachio was a toddler, Twix was smitten and forgot all about the reasons why he’d been upset about his son’s birth. 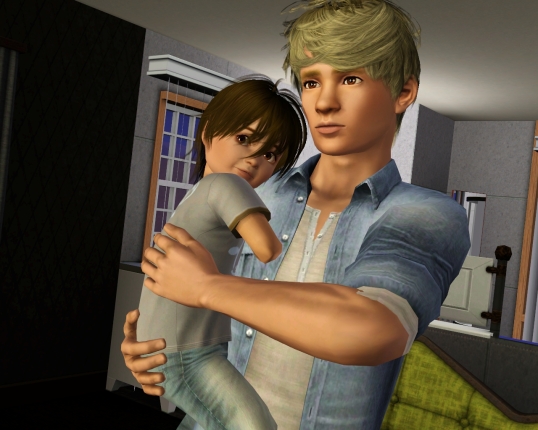 He was also proud of Almond, the middle child.

She had turned out to be a bit of a genius and was excellent at chess and a majority of other logic based games.

Unfortunately, she was not so good at science.

Speaking of science, both Twix and Whitney were still attempting to reach their lifetime goals by pursuing success in the very same career path.  In all honesty, it was not going well for either of them. 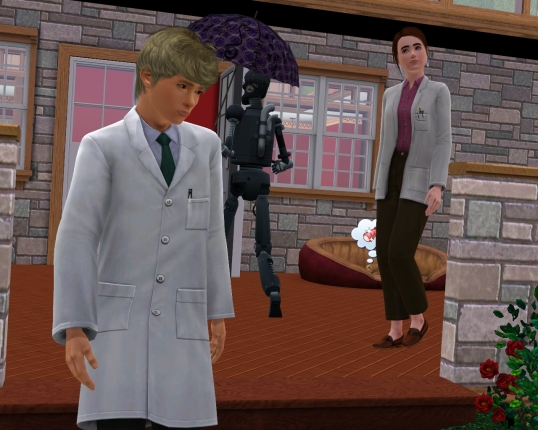 At some point, Twix and Whitney allowed Maple and Almond to host a sleepover party.  Hershey and Allyson’s oldest child, Horace, was also invited since they were usually too busy out partying to look after him properly.  Horace’s younger brother, Mitchell, had been adopted by the family cat a few years back.  Anyone that dared to go near him got severely scratched in the face.

The sleepover was pretty standard; the children sat and stood around looking bored, some did their homework whilst others ate salad.

Naturally, it was decided that the best place to sleep was in the kitchen / dining room area – forget the massive living room on the other side of the house.

Twix got absolutely no sleep since the children had used their bodies as weapons to barricade him in.

Horace also had little sleep.  Mainly because he was too busy trying to take pictures of the ghosts who came out to play that night.

Poor Pippy was far from amused.

‘Sod off you little turd.’

The following morning, Horace boast to Almond about interacting with one of their ancestors.  Almond did her best to feign interest, but in reality she actually did not really like Horace.

As Maple approached her teenage years, Twix decided this was the best time to try and butter her up.

He did this by treating her to pizza and telling her just how special she was to him and how she should not rush into any relationships until she was in her late forties. 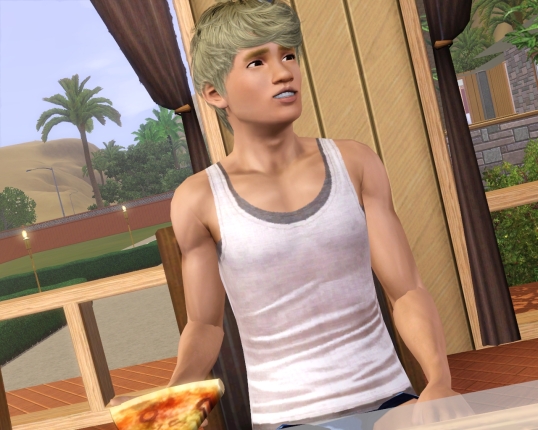 Maple seemed to buy into this.

That was until Whitney decided to pull up a chair and join in.

‘My dad brought me pizza and tried to put me off boys,’ Whitney revealed, mumbling her words through a mouthful of pizza.  ‘I lost my virginity the following day.’

A few minutes later, Twix broke down in tears. 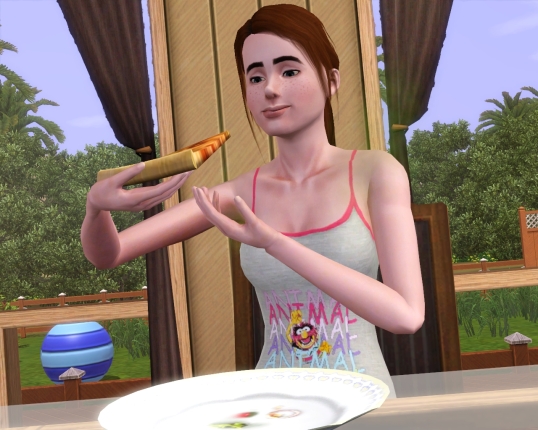 And so, Maple celebrated another birthday which people would soon completely forget about.

She blossomed into a lovesick teenager who would no doubt experience several pregnancy scares over the next few years.

Cointreau, who still had a thing against inferior genetics, did not approve and hoped strongly that Maple would not get picked to front the next generation.