When it came to writing love letters, I must admit it wasn’t easy.  I was used to writing about the zombie apocalypse, crime noir, that kind of thing.

Samuel McNeil was my current love interest.  A good-looking late twenty year old something who happened to be in the police force.  How I’d met him, I’d rather not divulge, but it basically involved me being a tad drunk, running across campus completely naked.

My eldest brother, Aero, detested the idea of me dating an older guy, and a policeman at that. 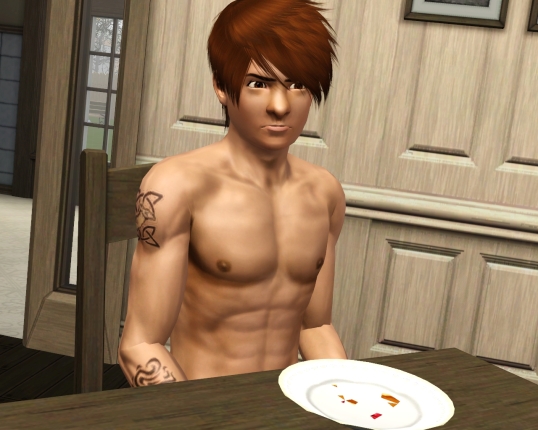 I figured, what was the harm in trying?  Samuel had pretty much seen all I had to offer, so I had nothing to be shy about. 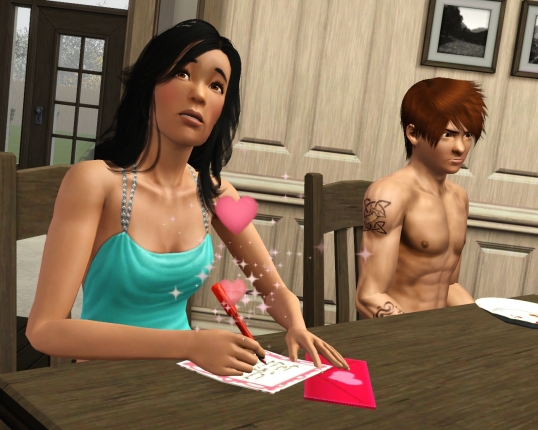 My confidence was the one thing I had pride in.  I knew I hadn’t been blessed with the greatest of looks (or at least my mum had managed to convince me of this), but my dad had often reassured me that beauty was skin deep.  That was why I enjoyed preaching across the airways about how discrimination was wrong, in any shape or form. 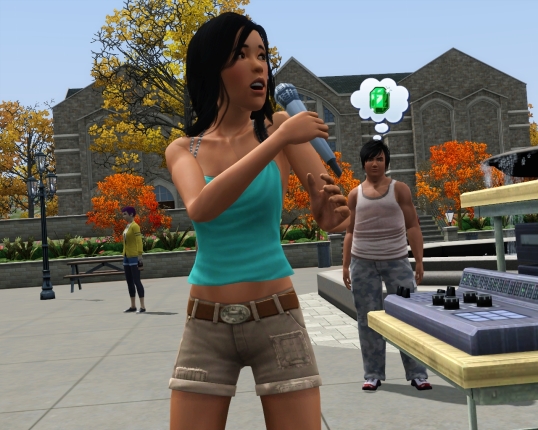 Sometimes, the responses I received from some students were cruel. 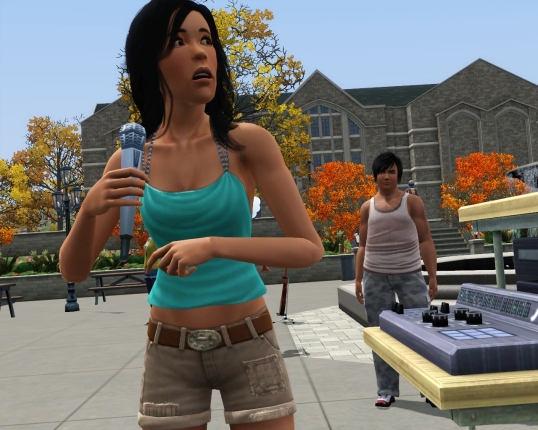 ‘Fuck you!’ Were usually my words of choice in such circumstances. 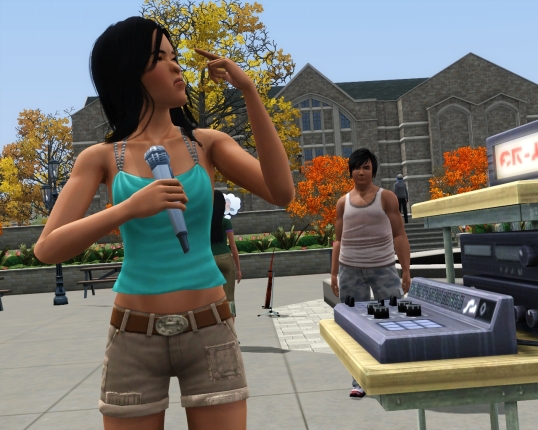 Since starting at University, I realised that I hadn’t really done my reputation many favours, particularly since Aero’s masquerade party.  To be fair, I was finding the party to be dull, with a distinct lack of decent men.

That was until Cody Eisenberg showed up.

I tried to play it cool, but he was so warm and friendly, I couldn’t resist flirting with him.

Unfortunately, I was still new to the whole romancing thing.  In all fairness, I can’t quite remember where I’d found the bouquet of flowers, but I’m sure it was linked to the reason behind one of my roommates splitting up with his girlfriend for “forgetting” their anniversary.

As expected, my attempt to win him over did not go down too well. 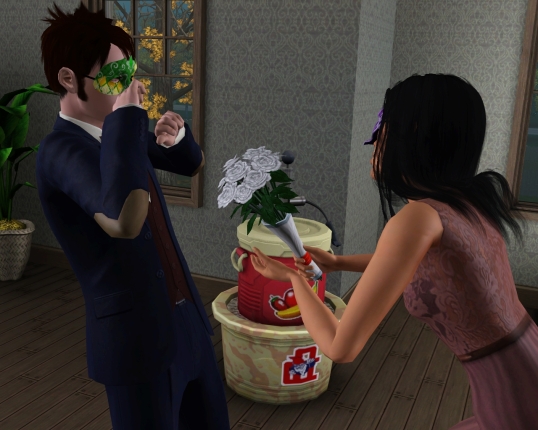 His reaction was one of horror and utter repulsion, much to the amusement of the other guests.

The result of this night is what led to me drinking more than I usually would, and stripping off my clothes, somehow ending up running across the University quad, where fortunately Samuel came to my rescue upon passing by in his patrol car.

As anticipated, my love letter to Samuel went unanswered, and soon enough my heart felt as frozen as the snow outside.

As a last ditch attempt, I confided into a close friend of mine, Nathaniel Wright.  We’d met at the student gym a while back where I’d discovered he was studying a degree in physical education.  Samuel was also his cousin’s best friend, so I figured he could help set us up. 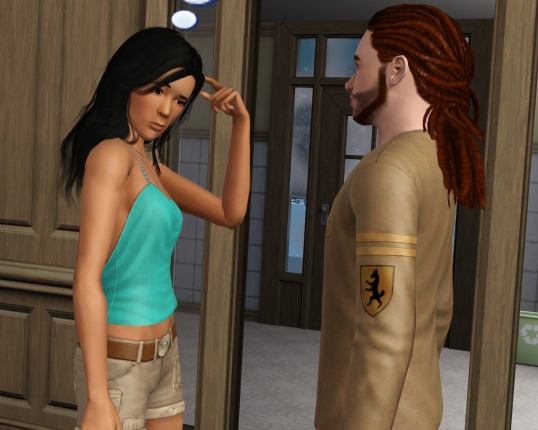 ‘Anything for you sweetheart, but you don’t forget that you’ll owe me!’

Whether he was implying sexual favours or not didn’t matter.  I thanked him for his assistance, all the while aware that he had quite nice eyes.

That coming weekend, I had my first date with Samuel.  The classic dinner and cinema option.  Afterwards, he drove me back to my halls.  Out of politeness, I invited him in for a coffee. 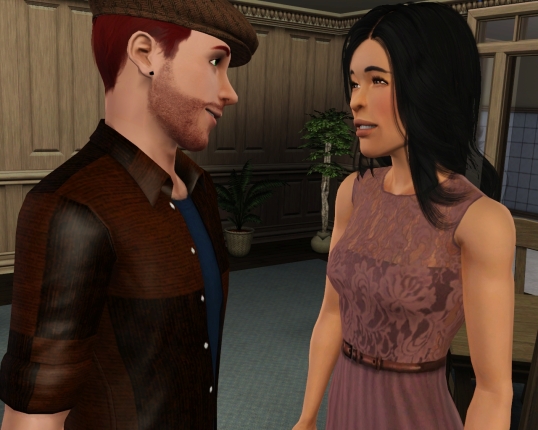 I didn’t want to go overboard on the flirting, not on our first date, so, I lent into him and confessed that I had really enjoyed our evening together. 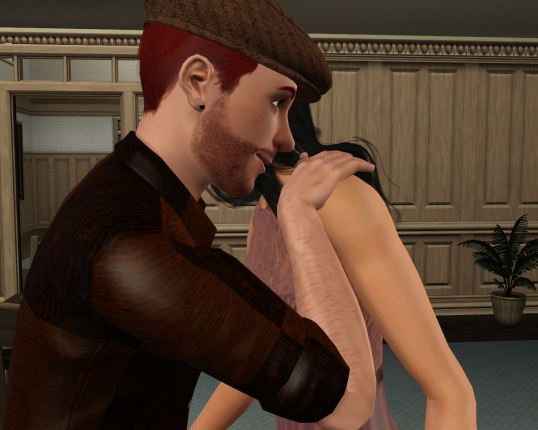 ‘I hope we can meet up again soon,’ I added, my heart was racing as I moved back, still resting a hand on his hip as I tried to gauge his reaction.

It was something I didn’t have to worry about for too long.

‘Really?  Are you serious?’

‘I thought you’d be up for it, that’s why I agreed to go out with you tonight.’

My heart stood still before a frown fell across my face.

‘What are you talking about?’

‘Don’t play Miss Innocent,’ he sneered. ‘You’ve made it plenty clear that you want me, from the moment you thrust your naked body against me when you pissed out of your skull.  Christ, do you know how much willpower it took for me not to take advantage that night?’

Seriously, was this guy for real?  Trust me to pick the rotten apple from the tree.

‘Wow, I guess I should be grateful you decided not to rape me, Mr Officer.’

Samuel’s face faltered, and for a moment he broke eye contact with me.  I guess the guilt had finally hit him.

Straightening my back, I held my head up high before delivering my final words to Samuel.

‘Forget it, you’ve blown your chance, get out.’ 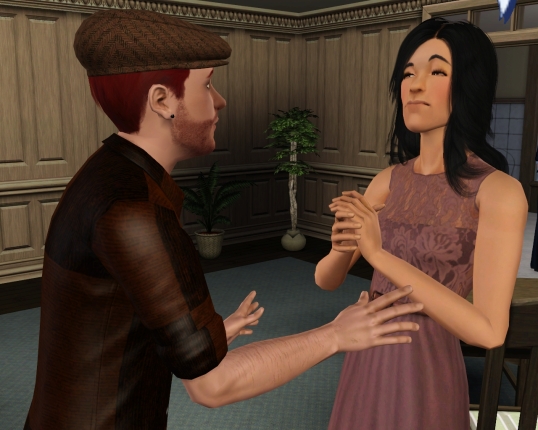 Nathaniel was my shoulder to cry on, and I wished from the very start I had set eyes on him rather than that slimy arsehole of a cop.

Whether Nathaniel would accept me in that way, I could only hope. 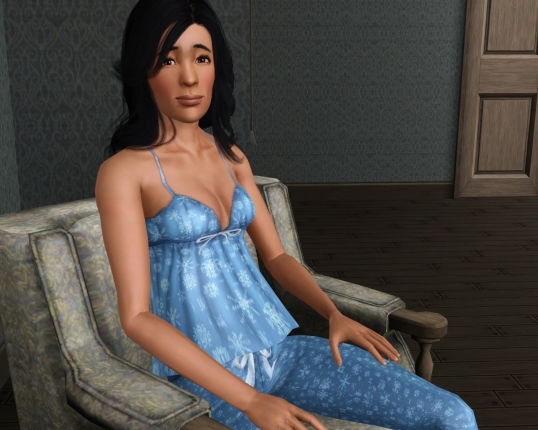