After a few more years of “hard work”, Jameson reached the top of his acrobatic career.  To celebrate he set himself on fire.

And he hugged a giant ball.  Neither of these actions were part of his act, so he was swiftly escorted from the premises. 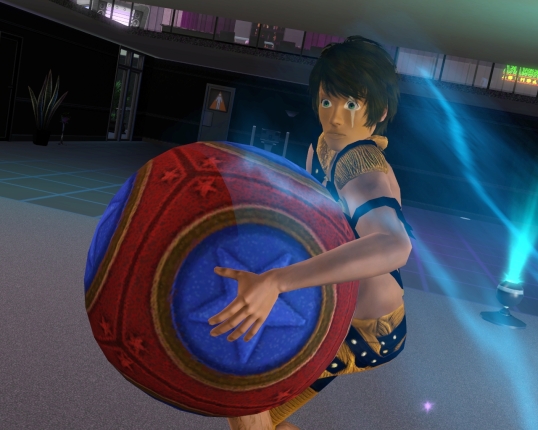 Meanwhile, Cointreau and Frangelico celebrated the end of their childhood, with lots of a cake as was standard in the Bailey household.

The family kept the celebrations simple by not inviting anyone else.  It was also a cunning ploy so they would have more cake to eat between them. 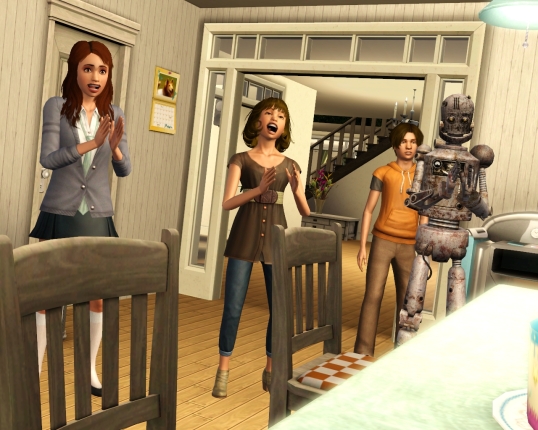 Sadly, this did not happen.  Still, they grew up to be rather aesthetically pleasing, which is all that matters.

Being musically inclined since the moment she had pretty much been born, Frangelico quickly took to playing her Grandfather’s (Judd’s) guitar and was actually quite good at it. 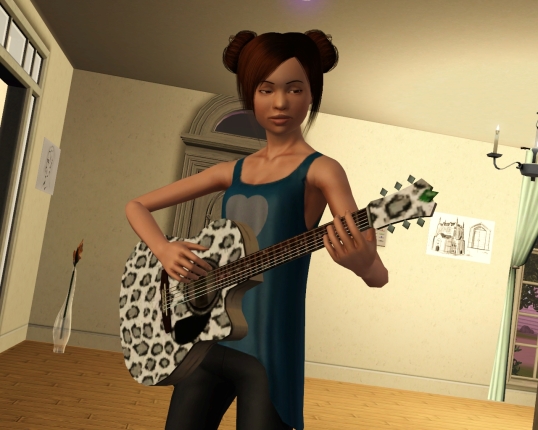 Cointreau, who was yet another brain-box in the family, continued to focus on building up her logic skill.

Of course, she was still very evil.

She very much enjoyed trolling her family members, quite often by “accidentally” walking between them when they were having serious conversations in the bathroom. 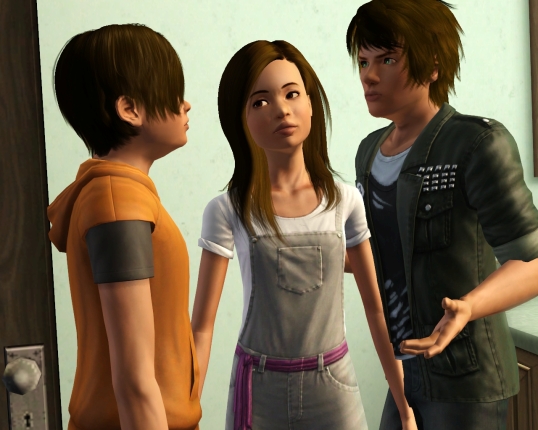 The only family member she was relatively kind to and supportive of was Frangelico, since they had shared the same womb and all. 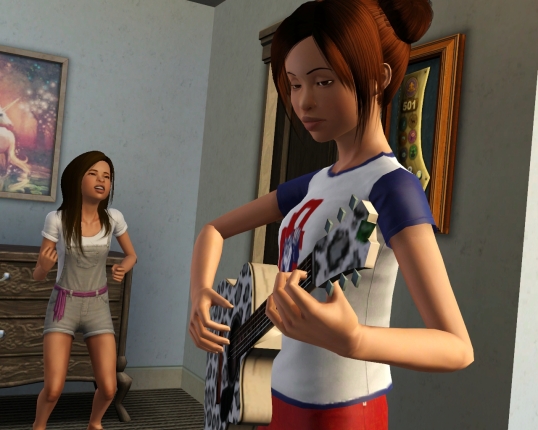 As for Earl, the middle child, he continued to study hard so he could look to go off to University when he was old enough.

He also continued to work on raising his drum skills because he quickly learnt that chicks liked guys who could play instruments.

Earl continued to be a bit of a dick to his older sister, Saffron.  On one particular occasion she had announced, to whoever was in earshot, how excited she was to dig into the last piece of cake in fridge, only to turn back around to find that Earl had claimed it as his. 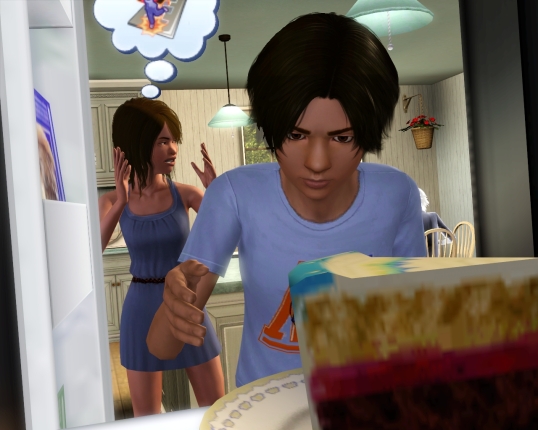 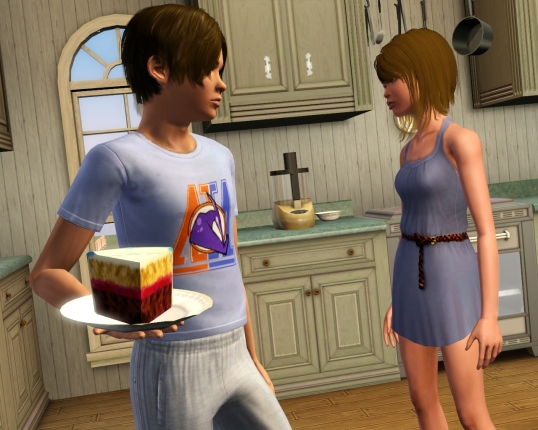 Saffron was not best pleased. 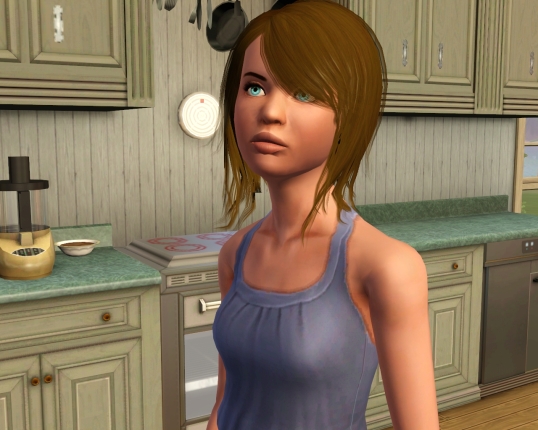 Whilst Jameson and Earl dug into their slices of scrummy moist cake, Saffron was lumbered with leftover smoke salmon steak, which had started to go a little off.  Needless to say, she spent most that night glued to the toilet seat.

Saffron’s twin, Peach, had no real interest in cake but was still enthusiastic about horse riding despite constantly feeling terrified that Milo would buck her off at any moment.  It was a game he very much enjoyed playing with her. 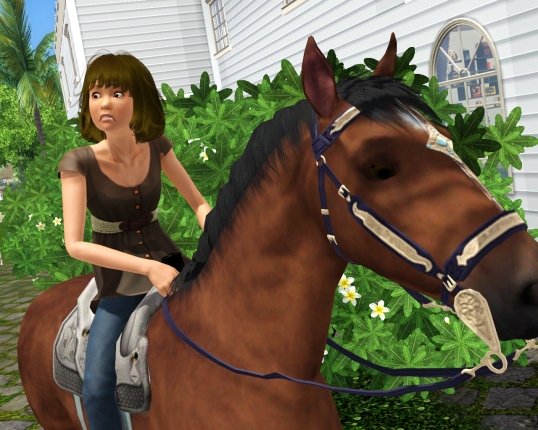 After a while, Milo grew to tolerate Peach and stopped arsing around with her as much.

Mika, who was starting to feel her age, and was partly jealous of her children’s youth and energy, started to exercise pretty much everyday as a bid to stay in shape. 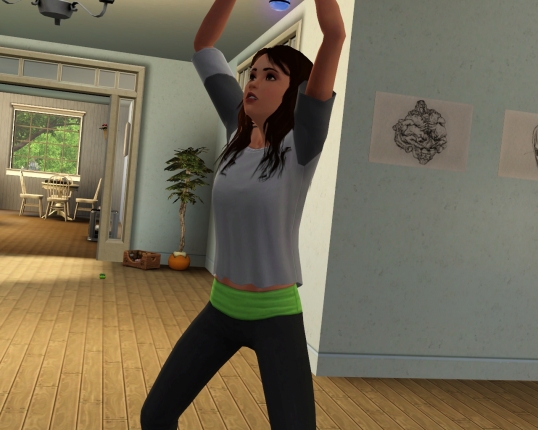 Jameson effortlessly managed to keep his physique in top condition with his career as an acrobat.  His confidence now at an all-time high, he decided during one fateful gig that it was time to pull off one of the most dangerous and deadly stunts of all, only known as “The Burning Inferno of Dangerous Stuff”. 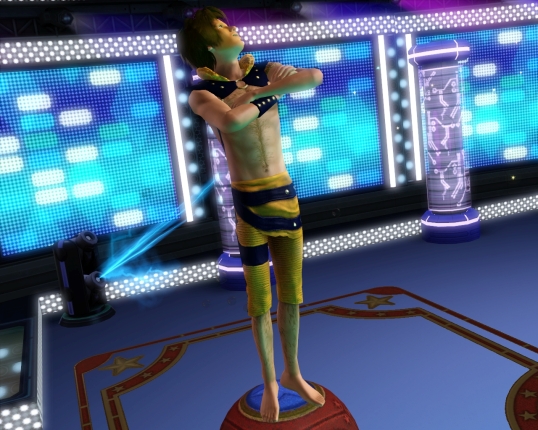 As he slowly made his way towards the hoop on the other side of the stage, his face was plagued with a deadly serious expression.

His heart was racing as he positioned himself onto the flaming object.  However, moments later, his nerves dissipated as he started to roll around the stage, moving with the greatest of ease and with the grace of a ballet dancer.

All continued to go well, until he remembered that he had forgotten to record the latest episode of Dexter and lost control of the ring, consequently flying straight off the stage into the audience, flames spitting everywhere.  He managed to escape with a few minor burns, but unfortunately the audience weren’t so lucky, especially after the building collapsed on them.

Jameson decided after that incident that it was safer to revert back to painting pretty landscapes and selling them on for extortionate amounts.  At least that way he could not be labelled as a mass-murderer.