Chapter 5.8 – These kids have the smarts

Soon enough, young Earl grew up into a child.

His birthday party was memorable, only for all the wrong reasons.  The main one being that Hayley Bailey decided it was the perfect time to finally join her twin sister, Coco, in the afterlife.

Soon after his transition into childhood, Earl started to spend most his time with Saffron playing chess, what with them both being geniuses and all. 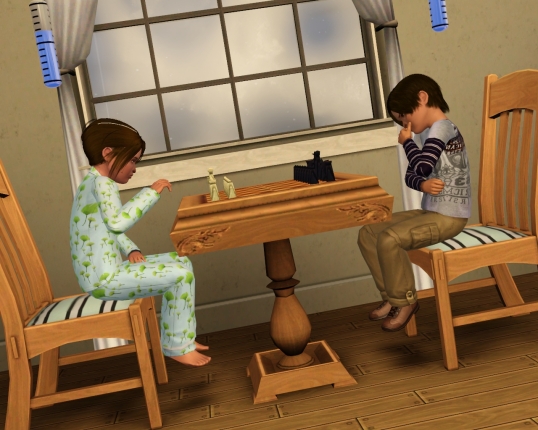 Occasionally, the results of playing with severely dangerous chemicals were not good. 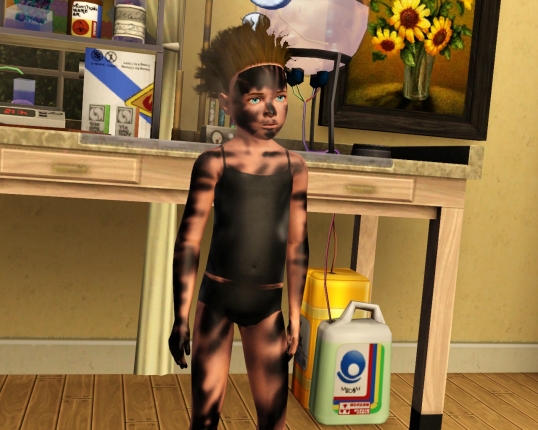 Her twin sister, Peach, was more into creating painting animals and food, mainly because she had not developed any real interesting traits over the years.

As for the younger set of twins, they had grown up into cute looking toddlers, although Cointreau was still evil and had recently learnt how to twist nipples. 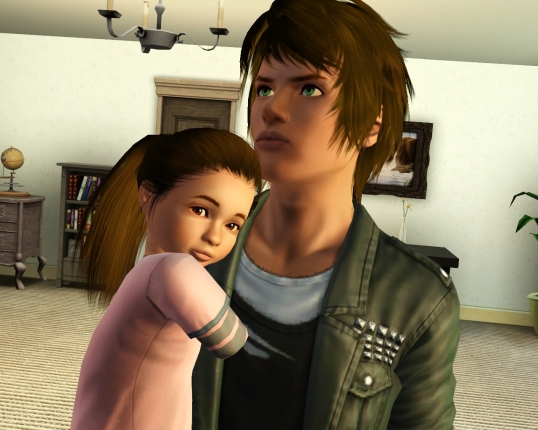 For this reason, Jameson much preferred holding Frangelico, as per his joyful facial expression.

Although happy that most of his children were growing up to be fine little specimens, Jameson did not like the fact that he was getting slightly older each day and that the amount of wrinkles appearing on his face seemed to be slowly increasing every passing week. 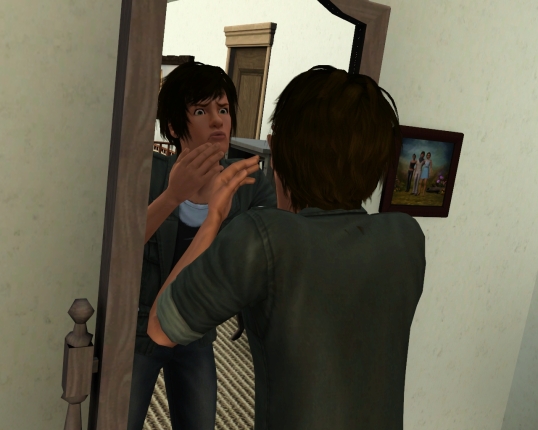 Mika, on the other hand, did not look a day over twenty, thanks to her apparent Asian genes.

Still, Mika found Jameson attractive, and the poor children had to put up with the obvious fact that their parents were still very much sexually active, since they were still not married.

Cointreau and Frangelico soon started asking questions as to why Mummy and Daddy were not wedded (they caught onto things quickly thanks to the influence of their older siblings).  Mika tried to explain things in the best way possible.

‘You see, sometimes mummies and daddies want to enjoy their lives before tying themselves down to the commitment of marriage.’

‘Then why have you had five children?’ Frangelico asked, looking up from her picture book, watching as a “that’s a good point” expression appeared across her mum’s face. 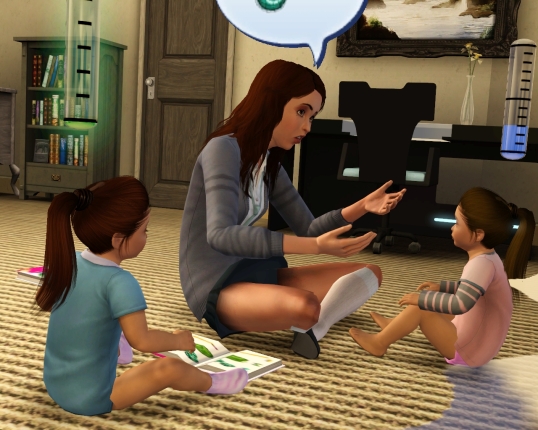 This chapter will end with Fudge eating a moldy plate of cheese, since he can make anything look awesome (and yes, that’s Judd in the background playing pool).