Mika eventually moved into the Bailey household, and before long her and Jameson were spending pretty much every Friday night at the local karaoke bar, what with Mika being partly Japanese and all.

Neither of them were particularly talented singers, so eardrums were destroyed, and the venue soon enough became overrun by cats.

It seemed appropriate one Friday for Jameson to propose to Mika, right after that had sung “Don’t go breaking my heart”. 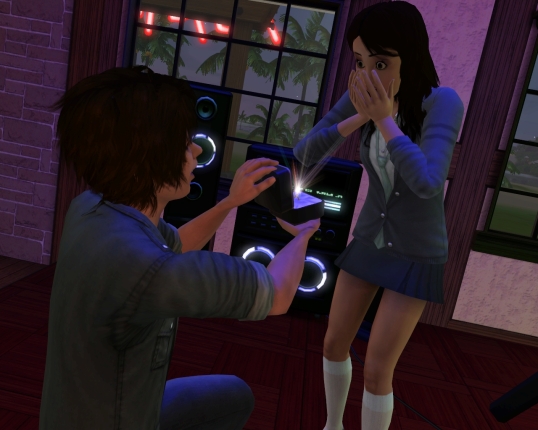 She happily accepted; the commute between her home-world and his was becoming a bit of a nightmare, not to mention the expenses were only raking up.

They hugged, and then resumed butchering well-known songs.

As time continued to pass on by, Coco decided it was time to retire from the professional sports field.  She celebrated with awesome sunglasses and lots of confetti. 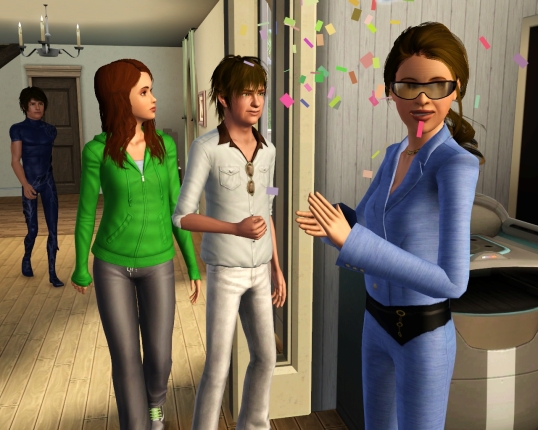 And then she proceeded to mediate in one of the bathrooms.

From doing this she managed to locate her inner peace and finally decided to apologise to Jameson about being an awful mother. 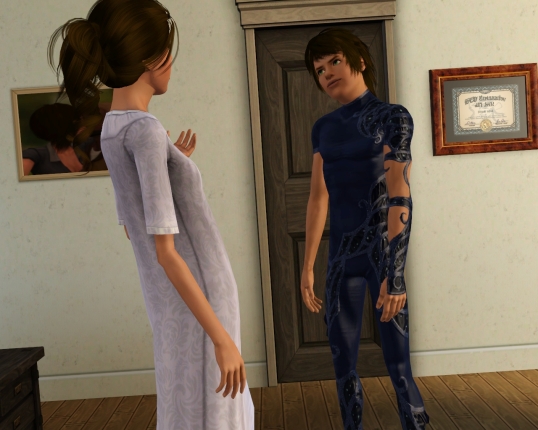 Jameson pretended to accept his mother’s apology since she was blissfully unaware that he was planning to donate her bones on to the local museum once she had died.

As time went on, Jameson and Mika became comfortable with carrying out their daily bathroom business together.

That was until the day Jameson forgot to flush the toilet.

It turned out that Mika was pregnant (which explained some of the nausea), so she decided to throw a little party to celebrate the new life in her stomach. 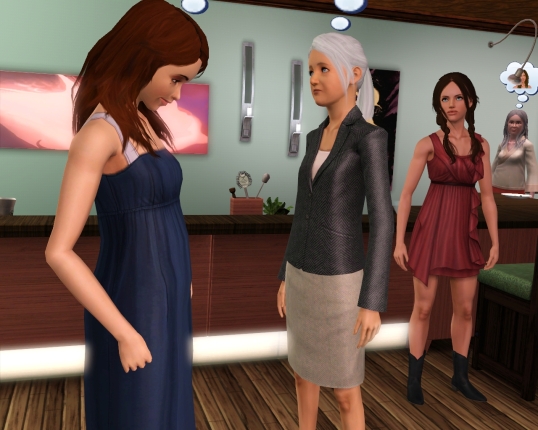 However, wires were crossed, and Hayley, who had thought the party was hen-do, ended up hiring a stripper, with quite an unimpressive bulge.

Needless to say, the other girls weren’t too impressed. 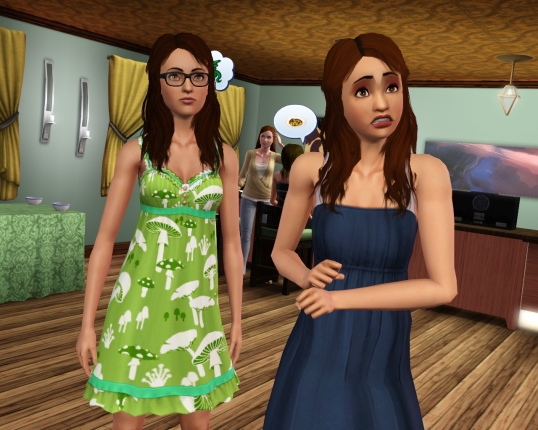 Especially Amaretto, what with her being a lesbian and all that jazz.

Jameson continued being an awesome acrobat and managed not to overwork himself.

He even managed to secure a permanent gig at the local karaoke bar, because the crowd loved him so much. 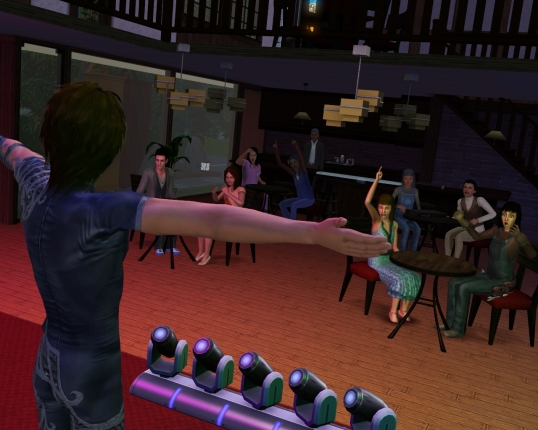 After a grueling day or two, Jameson and Mika left the hospital with twin girls, whom were promptly named Peach and Saffron. 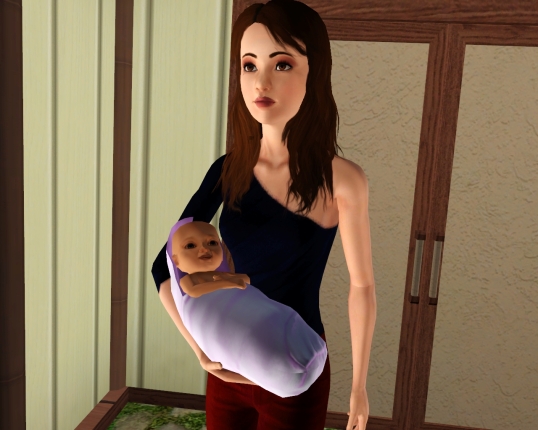 Ricky was so pleased with the birth of his great-great-great granddaughters that he made himself a strawberry snow-cone to celebrate, despite he couldn’t particularly taste it being a ghost and everything.

‘Unlike me,’ Judd proceeded to brag, before taking a huge bite out from his chocolate Popsicle.