Irish Bailey was relieved when it was finally time to graduate from culinary school. She was more than eager to start working to become one of the greatest chefs ever, and to play with fire in the safety of her own house.

Unfortunately, her eagerness got the better of her and the rest of the family were not best pleased to find the graduation hall on fire by the time they arrived to congratulate Irish. 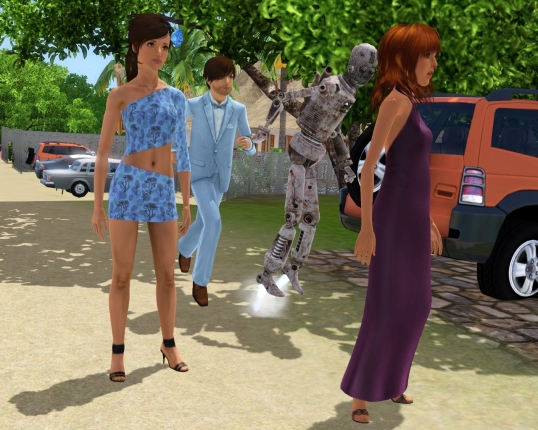 Irish managed to avoid going to jail by baking a delicious fried peanut butter and banana sandwiches for the judge and jury.  Instead, she was given a slap on the wrist and a lecture about why fire is dangerous and bad.

A few months later, Minty proposed to Federico after they had attended a Twilight film-fest at their local cinema.

Federico did indeed “sqwee” like a fangirl (both at the proposal, and during the films). 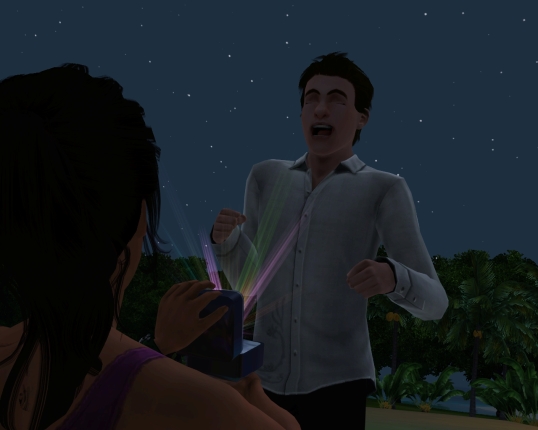 Soon they were wedded and moved out of the Bailey household to start their own family and all that stuff.  Yes, family.  She was pregnant in this picture, not fat. 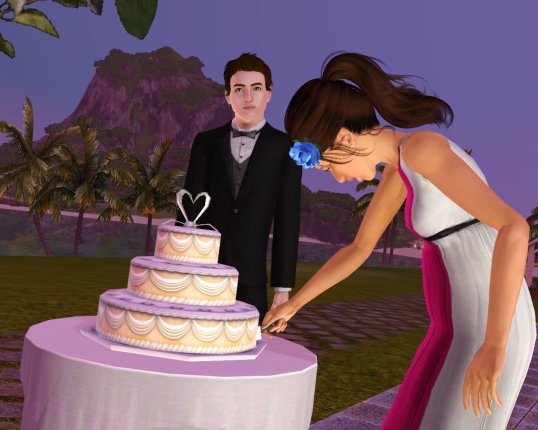 Being weighed down with the responsibility of carrying on the Bailey legacy, Irish decided that it was time to tackle her own demons, so she stole a questionable looking orange potion from Fudge’s chemistry creations collection.

‘So, if you drink this potion it’ll make anything you touch turn into fire,’ Irish lied as she handed it over to Crissy, her imaginary friend based of her childhood doll, who often encouraged her pyromaniac tendencies. 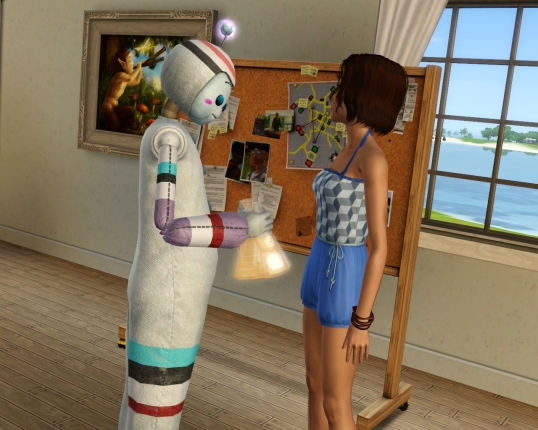 ‘Sweet, I could burn me some kittens’ Crissy replied, before she gulped it down.

There was a puff of smoke and sparkles, Crissy spluttered and choked as the acidic liquid began to burn her insides.  Irish grinned wickedly… until, before her very eyes, Crissy started to morph into a human being, with real skin and everything.

Irish’s jaw was still wide open even after the transformation had finished and Crissy was admiring her new body.  Once she had finished squeezing her new breasts, Crissy stared up at Irish wide-eyed and with a creepy puppet-like smile on her pudding shaped face.

‘I guess you weren’t expecting this happen?’ Crissy spoke in a low, eerie tone.

‘You were hoping the potion was going to kill me, weren’t you?’ Crissy’s voice remained the same as did her terrifying  facial expression.

Irish slowly nodded her head as an expression of unease appeared across her face.

Crissy continued to stare at Irish, her eyes boring into Irish’s very soul.

‘Bitch, I’m going to murder you in your sleep.’ 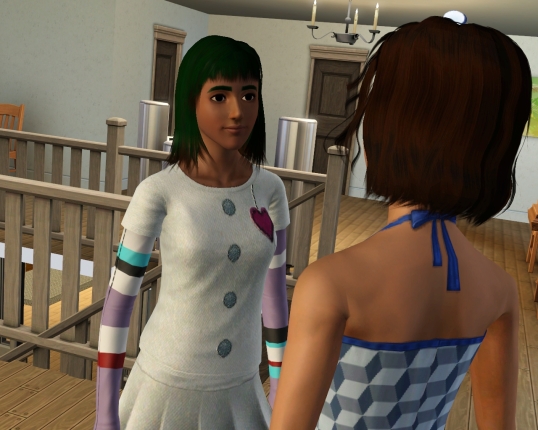