Alice Mc’Frett had decided that the country life was too dull, so that is why she packed her bags and headed to a nicely polluted city called  Bridgeport.  Her parents shortly disowned her.

Using the little money she had, she rented a small penthouse apartment.  There was barely enough room to swing a cat around by its hind legs.  She knew because she tried doing so.

Alice soon met her neighbor, Devin Ashton.  He had a nice face, and a lovely scarf.  She put him on her list of potential husbands. 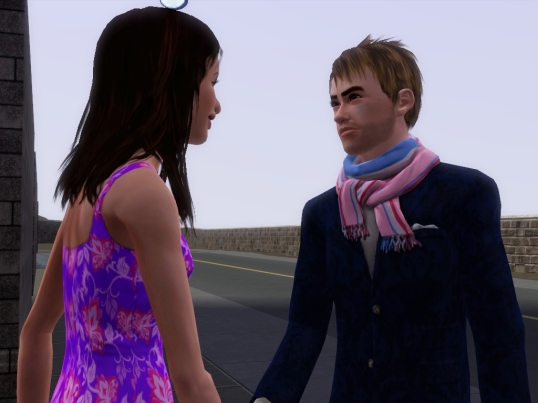 Since Alice’s parents ran their own winery, Alice had been a bit of an alcoholic since the age of two.  She had recently gained an interest in making exotic cocktails.

Deciding that she fancied making a living out of making fancy drinks, she headed to Eugi’s Bar, the only bar which would allow her to enter wearing her ridiculously skimpy dress.  Being highly ambitious, she hoped she could use her sexy body to win her a job.

As she approached the bar, she was in for a pleasant surprise.

Behind the counter was the sexiest, and only, bartender she had ever seen in her life. 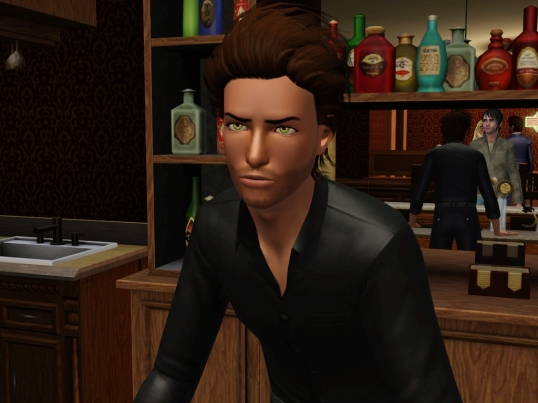 Sadly, Alice was too shy to talk to him so avoided eye contact with him all night, even when he asked her what she wanted to order. 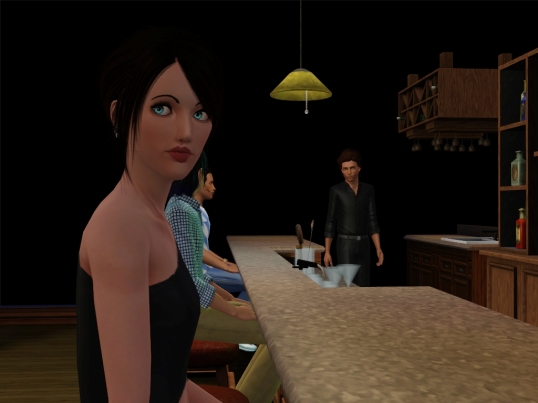 Having no job obviously meant that Alice could not pay her bills.  It was not long before the Repo Lady turned up and did what she did best. 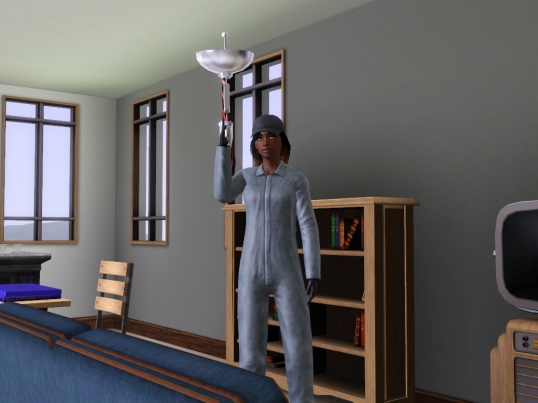 ‘No!’  Alice screamed, ‘Anything but the toilet!’

Realising that she could not afford another toilet straight away, Alice had to make use of the bathroom sink before she headed out back to Eugi’s Bar.  Fortunately, Mr Sexy was on duty, so thrusting her breasts in his direction, she sauntered up to him.

‘A little bird told me that you’re looking for a super sexy female bartender,’ Alice said, tapping her index finger against her head whilst grinning like an idiot.  The good-looking bartender smiled politely whilst wondering if she was the escaped mental patient he had heard about on the lunchtime news. 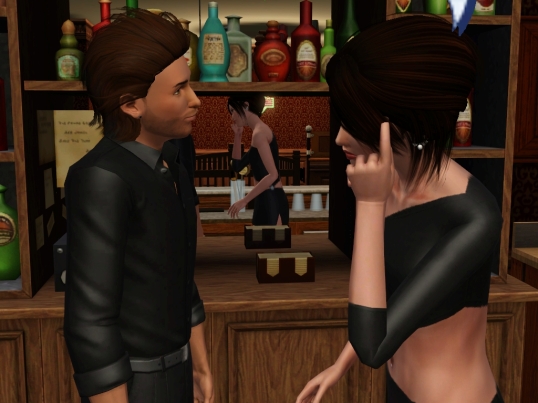 Taking pity on the poor young lady, the deity of bartenders – or Ricky Bailey as everyone else called him – decided to give her the opportunity to shadow him behind the bar.  Eventually, he allowed her go solo, whilst he went off to play darts. 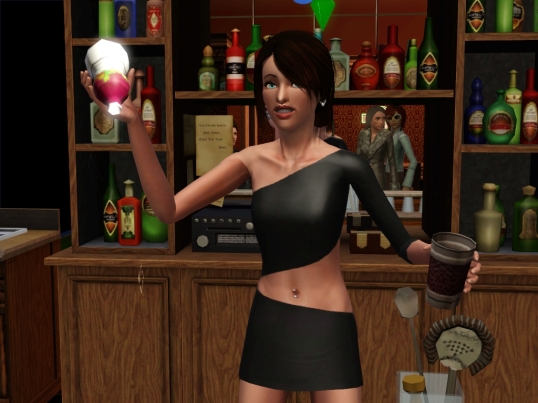 Sadly, her drinks were not very popular.

As she walked home one morning, after another grueling night shift, Alice wondered if she would ever make an awesome mixologist, and also if she would find a man who wanted her babies before she was too old?

Only chapter 1.2 would tell…